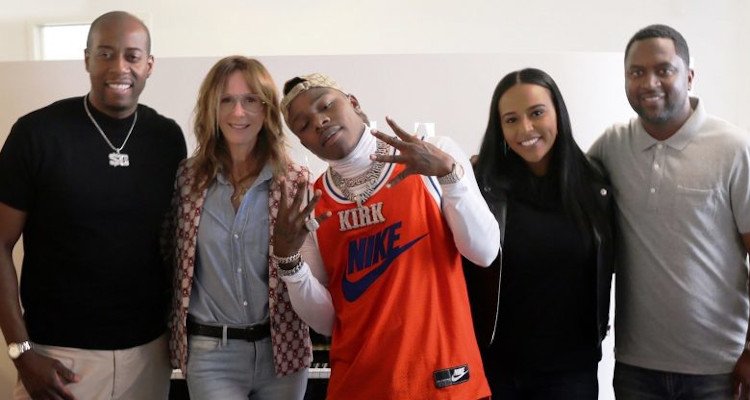 Photo of DaBaby and UMPG Executives

In September of this year, the rapper released his debut album, which was entitled Kirk and which reached No. 1 in the U.S. charts. It features collaborations with artists such as:

The rapper has also collaborated on the following hits:

In conjunction with the signing, DaBaby issued a statement.

He said, “I feel great about my decision to join UMPG. I’m looking forward to working with their team and taking my vision to new heights.”

Jody Gerson, who is the chairman and CEO of UMPG, said, “A talented artist and songwriter, DaBaby has garnered hundreds of millions of streams and amassed a huge global fanbase. With support from myself, our A&R team and Interscope Records, UMPG’s Ari Gelaw developed a close relationship with DaBaby and South Coast Music Group to build this exciting partnership. We are looking forward to many great years of success with DaBaby.”

Ari Gelaw, who is the A&R manager at UMPG, added, “DaBaby is a multifaceted artist who has the ability to massively impact culture and still maintain an authentic connection with his fans. We are excited to embark on this partnership with DaBaby & South Coast Music Group.”