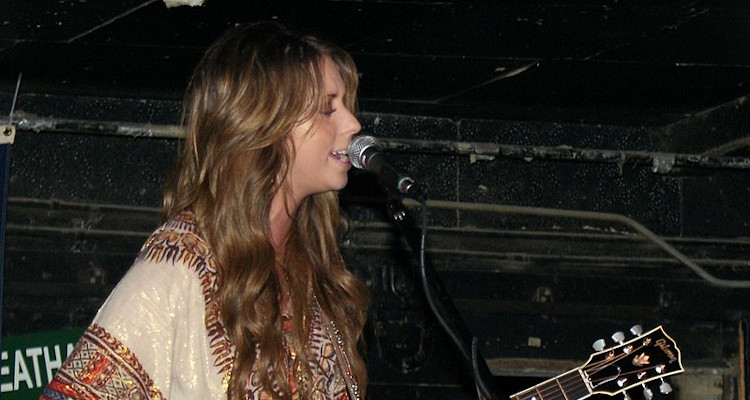 Photo by Kylie Ray Harris by casajimbopics (CC BY 2.0)

It is being reported that country singer Kylie Ray Harris was drunk at the time of the September car crash that took her life as well as that of 16-year-old Maria Cruz.

The University of New Mexico Medical Investigators have determined that Harris’ alcohol level at the time of the three-car crash on Highway 522 in Taos County, New Mexico was 0.28, which is over three times the legal limit in the state.

Police had already determined that Harris was driving more than 100 miles per hour at the time she had hit the first car that was involved in the accident. This caused her to cross into the oncoming lane before hitting Cruz’s car head on at 95 miles per hour.

Investigators have also indicated that Cruz, who lived in San Cristóbal, had no alcohol in her system at the time of the crash.

The driver of the third car did not suffer significant physical injuries. But a GoFundMe campaign has been started to support her as she deals with the trauma of the accident.

Jerry Hogref, who is a local sheriff, issued a statement in regards to the investigation.

He said, “The now competed investigation supports what we suspected at the time of our initial investigation and my earlier press release that stated alcohol consumption was suspected and speeding was a factor.”

Harris recorded her debut album, which was entitled All the Right Reasons, in July of 2010. She followed this with an EP a few years later called Taking It Back.

In March of this year, she released a self-titled EP.