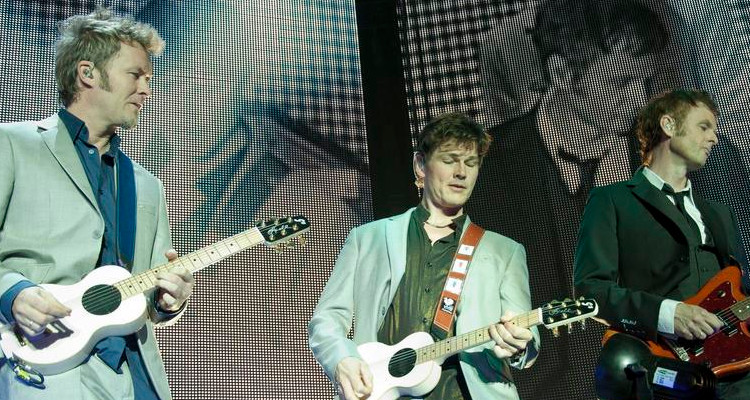 The Norwegian pop band A-ha has released a 4K remastered edition of the video that accompanied their 1984 hit song “Take On Me.”

The original video utilized an animation technique called rotoscoping, in which an artist draws over live-action sequences. Both the song and the video have remained popular over the years, and on YouTube the video is approaching one billion views.

If it accomplishes this feat, it will join Nirvana, who did this last week with the video for “Smells Like Teen Spirit.” They would also be the first European artists to accomplish this, as not even the Rolling Stones, Queen or the Who have done it.

According to Rolling Stone, the production of “Take On Me” was more advanced than many other music videos produced at the time, in that it was shot and edited using 35mm film instead of video tape.

In a separate video, A-ha demonstrated the differences between the original video and the remastered one, showing how the latter is more vibrant in color and sharper than the former.

A-ha was formed in 1982 by lead vocalist Morten Harket, guitarist Pål Waaktaar-Savoy and keyboardist Magne Furuholmen. After leaving Norway for London, they rose to fame upon the release of their debut album Hunting High and Low in 1985. This album spawned two international hit songs: “Take On Me,” which reached No. 1 on the Billboard Hot 100 chart and which was actually released prior to the album, and “The Sun Always Shines on TV.”

Hunting High and Low was so popular that it was actually one of the best-selling albums of 1986, too, and it helped the band earn a Grammy Award nomination for Best New Artist.

The band later recorded other hit songs, such as:

Here’s the video for “Take On Me” in all its 4K glory: