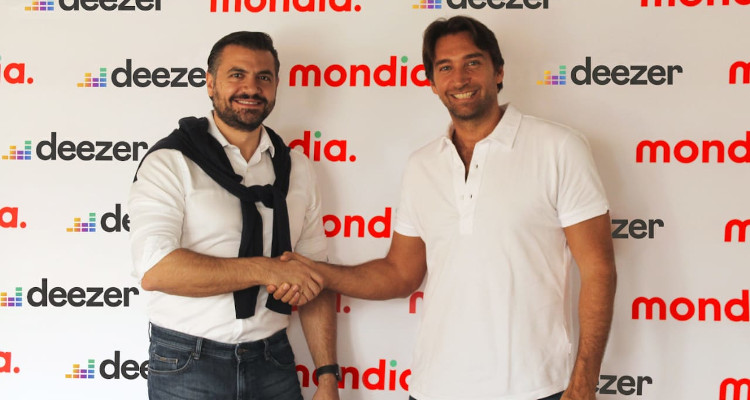 Photo of Deezer and Mondia executives (courtesy of Deezer)

Deezer announced that it has signed an agreement with a mobile technology company called Mondia that will allow for direct carrier billing services in Saudi Arabia, Egypt and the UAE.

The announcement comes in the wake of news that Deezer’s competitor in the region, Anghami, may be for sale.  That deal could fetch a price tag of up to $400 million, at least according to Bloomberg’s numbers.

With Mondia Pay, people in the region will now be able to subscribe to Deezer without the use of credit or debit cards. That’s a significant advantage in all three countries, where credit card penetration is frequently low.

While customers will currently only be able to subscribe to Deezer’s music streaming service in three countries, Pay itself is available in 33 countries across 50 mobile operators, to as many as one billion customers. It further processes more than 13 billion transactions per month.

Depending on how this goes, Deezer could expand the partnership into other regions. Whether the payment system moves the needle against behemoths like Spotify, Apple Music, and Anghami remains to be seen, though the Middle East remains less saturated than markets like the U.S., U.K., France, Germany, and the Nordic countries.

Both Deezer and Mondia issued statements in conjunction with the announcement.

Tarek Mounir, who is the CEO of Deezer MENAT, said, “One of the major challenges we have to determine out in the area is how to deal with low levels of credit card penetration. The partnership with Mondia Pay lets us provide music fans an easy, secure, and safe payment solution.”

Simon Rahmann, who is the CEO of Mondia Pay, pointed to a “scalable and secure payment gateway that both clients and service providers can trust.”