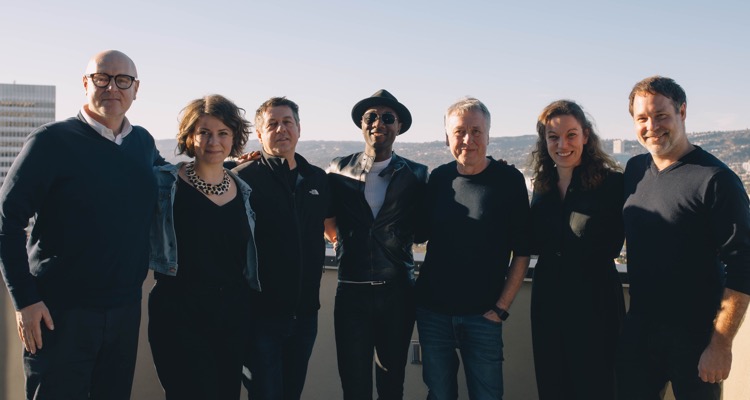 As part of the new deal, Blacc released a single, “I Do,” from his upcoming, currently unnamed fourth album. The track and its corresponding video are seemingly perfect fits for Valentine’s Day, as they detail and explore Blacc’s marriage to Australian artist Maya Jupiter; the two recently celebrated their 10-year anniversary.

Blacc officially launched his solo career in 2006, with Shine Through. The work was well-received by fans and critics, as was its 2010 follow up, Good Things. On the heels of this success, Blacc signed with Interscope Records and dropped Lift Your Spirit. He has also collaborated with the late DJ Avicii.

In the extended cut of the “I Do” music video, which has also been released, fans can watch Blacc and Jupiter agree to renew their vows; Blacc surprised Jupiter with the news. Additionally, the two speak of the hectic circumstances surrounding their first wedding ceremony, which Blacc attended directly after a performance.

Blacc, for his part, said he sought to create an equally personal and universal song for his wife; one that would reflect their time together while also being applicable to other happy spouses around the world.

BMG belonged to German conglomerate Bertelsmann until being fully acquired by Sony (after a 2004 to 2008 partnership). Subsequently, a new BMG brand was launched, and it aimed to serve as both a publishing house and a record label. BMG now claims to be the fourth largest music publisher, and the ‘first new global player in the recordings business in decades.’

The brand slowly and steadily picked up steam, adding more and more high-profile artists to its ranks, and has since emerged as a relative industry powerhouse. BMG’s 2018 earnings neared $600 million.

Also Read:  Who Says Warner Music Gets to Have All the Fun? Universal Music Group Says They're Also Going Public