A Headbanger’s Predicament: Ranking the 5 Best Metallica Albums of All Time 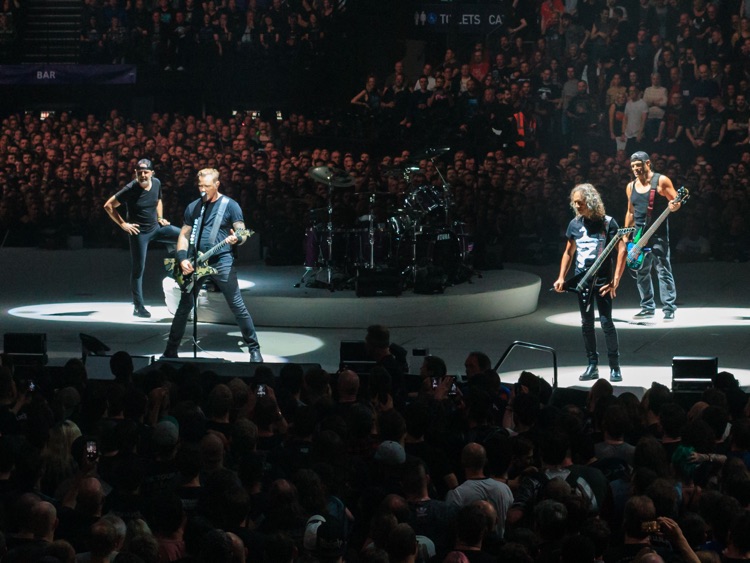 Did you know that Metallica is estimated to have a net worth of $820 million?

Considering that the members of Metallica have been making popular metal music for nearly 4 decades, it’s no wonder why they’re so successful.

By the time Metallica was ready to release their fifth album, they knew they needed to change up their formulas to start becoming a household name. Although drastic changes can be a death sentence for most bands, Metallica was able to condense their power into shorter but memorable songs with grace. As a result, fans got to listen to one of the greatest Metallica songs ever recorded: “Enter Sandman.”

Although it’s up to debate which band invented thrash metal, Metallica can definitely be credited as one of the leading bands in the industry to make the genre more mainstream. As you listen to this album, you can feel nostalgic hearing teenagers creating art for art’s sake who have no idea that they’re starting the path to a successful lifelong career.

If you’re inspired to celebrate the breakthrough and evolution of the band after you revisit this album, you can do so by getting old-school Metallica shirts.

…And Justice For All can be called a diamond in the rough because this album was created under the force of several types of stress. During this time period, the band was reeling from the death of their bandmate, Cliff Burton. In addition, the young stars were still trying to figure out how to deal with their fame and money.

Instead of cracking under the pressure, …AJFA tackles political issues and still features a bass that any thrash fans will love.

If you compare the sounds of Kill ‘Em All and Ride The Lightning, you’d almost think it’s impossible that these albums came from the same band. Even though Ride The Lightning followed only 9 months after its predecessor, the energy feels new and exciting. This second album is where the young, hopeful band members realized they had the freedom to get as creative as they wanted in the studio.

Although Metallica’s previous two albums are treasures, Master Of Puppets was a defining moment where it felt like the band had found its stride. After finally achieving some success at this point in their careers, the members were able to take lessons and fine-tune their skills before recording. With their experimentation, they were able to push the boundaries of genre and reach a much wider audience.

Do You Agree with This Ranking of the Best Metallica Albums?

Since everyone has a unique music taste, the best Metallica albums will look different depending on who’s ranking. No matter which album is your favorite, it’s hard to deny that Metallica is one of the most influential bands of our time.