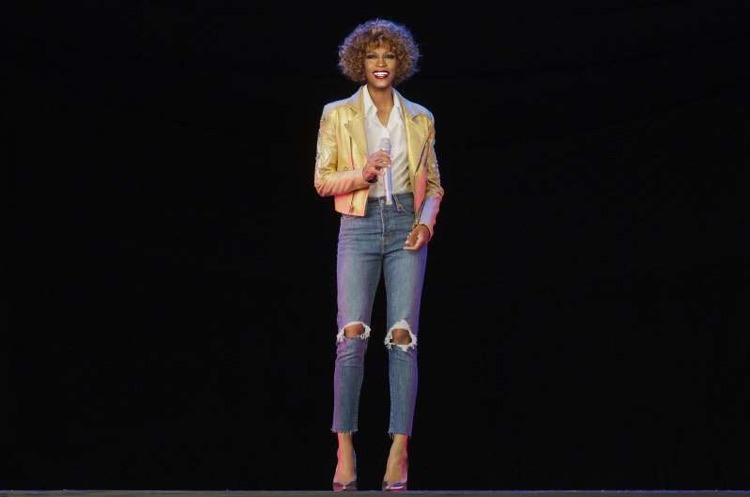 After that, the hologram show, which will also feature a live band, singers, and dancers, is set to proceed throughout the UK and Ireland. Thirteen other European tour dates have been booked through the start of April, and information pertaining to a North American tour is expected to be made available sometime soon. UK tickets are available for as little as $32 (£25).

Officially dubbed “An Evening with Whitney Houston: The Whitney Houston Hologram Tour,” the concert series was given the green light by Pat Houston, Whitney’s sister-in-law and the executor of her estate. BASE Hologram created Houston’s likeness with the assistance of both old footage and a body double, though a process that CEO Marty Tudor called “tedious.”

BASE Hologram has arranged hologram concerts for other late artists, including Buddy Holly, Roy Orbison, and Maria Callas.  Fans’ opinions of these shows appear to be fairly polarized, with some believing them to be plainly creepy, and others appreciating them for allowing new generations to enjoy live performances from all-time-great artists—or the closest thing to live performances.

Longtime industry professional Fatima Robinson has arranged and choreographed the show for Houston’s Hologram Tour. In the past, Robinson has choreographed for and provided her creative talents to the likes of Michael Jackson, Aaliyah, Fergie, Gwen Stefani, and The Black Eyed Peas (including the latter’s Super Bowl XLV Halftime Show; though the performance was panned by critics, its visual effects and dancing were generally praised).

Whitney Houston passed away in 2012, just a day before the 54th Annual Grammy Awards.

One of the bestselling and most beloved artists in music history, Houston’s death shocked fans and fellow performers, and she was honored during the Grammys ceremony.

At the time of this piece’s writing, BASE Hologram hadn’t released a sample of Houston’s hologram or a preview of the concert itself, despite receiving a seemingly substantial number of requests to do so.