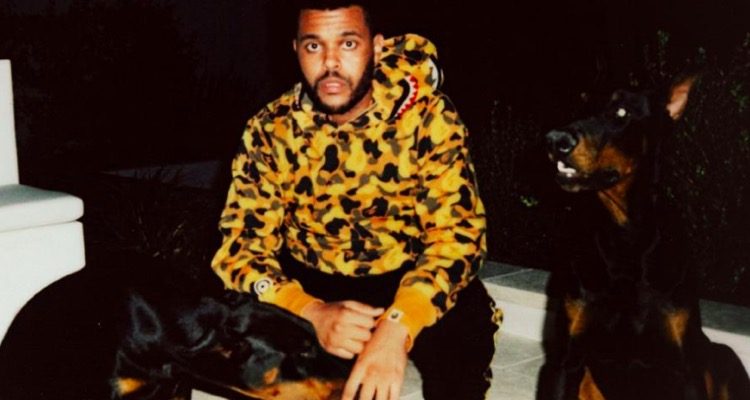 The most popular concert tickets, tour stops, and artists around the country, based on SeatGeek data through Wednesday, February 26th. 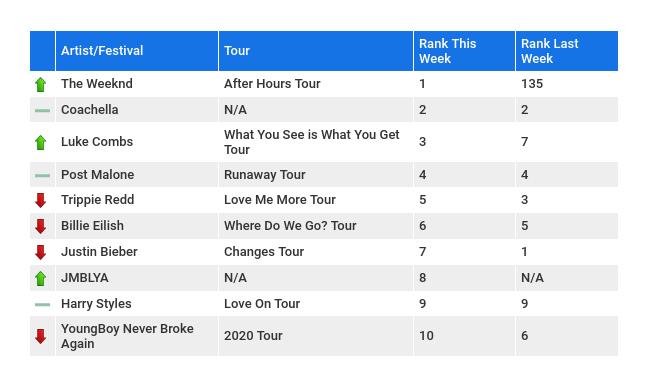 The Weeknd is back in the spotlight with the announcement of his “After Hours Tour.” Catch the musician starting June 11 in Vancouver at Rogers Arena through November 12 in Paris, France.

Luke Combs has added more dates to his “What You See is What You Get Tour.” He’ll be joined by Ashley McBryde for a slew of shows performed in the round, so all audience members have a chance to see him in his country music glory.

Post Malone continues to truck along on his neverending “Runaway Tour.” Catch the musician in Columbia and Greensboro this weekend.

Trippie Redd’s “Love Me More” tour is underway, with the rapper performing in Miami Beach this weekend. The tour runs through March 15. 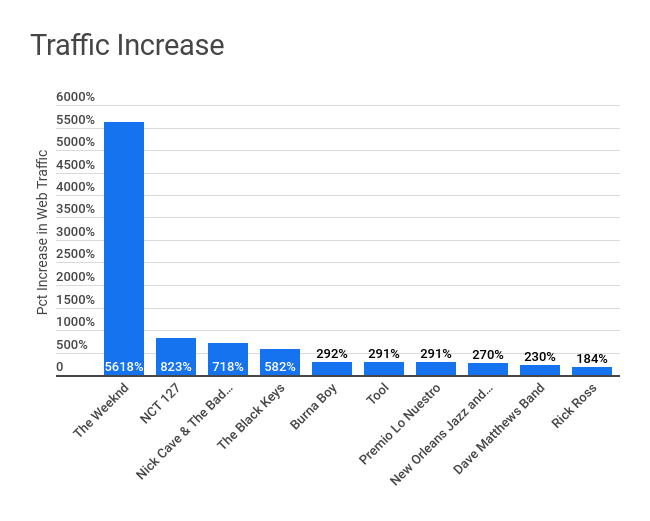 The Weeknd is back in the spotlight with the announcement of his “After Hours Tour.” Catch the musician starting June 11 in Vancouver at Rogers Arena through November 12 in Paris, France. The tour is in support of his new album, due out on March 20.

NCT 127 are hitting the road this summer for their “Neo City —The Awards” tour. The tour kicks off on March 10 with a performance at Livestock Show and Rodeo in Houston, and runs through June 21 at WAMU Theatre in Seattle. The band will also play venues like NYC’s Madison Square Garden and The Forum in LA.

Nick Cave & the Bad Seeds are hitting the road for a North American arena tour. You can catch them along with Weyes Blood starting September 16 through October 17.

The Black Keys are hitting the road this summer. They’ll be joined by Gary Clark Jr., Jessy Wilson, Allah-Las, The Marcus King Band, and Yola as tour support for varying dates. The tour will be in support of their most recent release, Let’s Rock.

Burna Boy is hitting the road this summer for his “Twice As Tall” world tour. The tour kicks off on May 7 with a performance at Roxy in Atlanta, and runs through June 7 in Dallas at South Side Ballroom. In between, Burna Boy will make pit stops to perform at Broccoli City Festival in Washington, DC and The Roots Picnic in Philly. 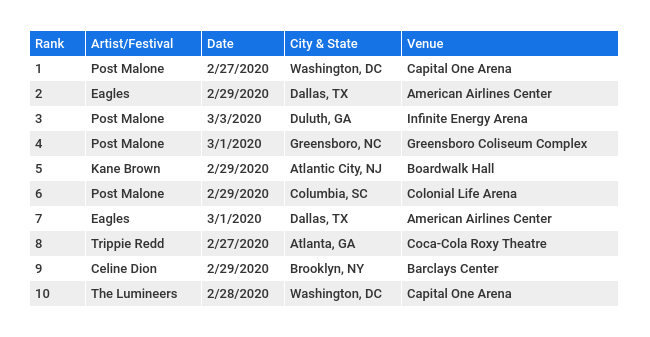 Post Malone is as popular as ever, and the excitement behind his upcoming “Runaway Tour” dates are proof. You can catch him this weekend at the Capital One Arena in Washington, DC and the Colonial Life Arena in Columbia, SC. The Eagles will take their “Hotel California Tour” to Dallas, TX at the American Airlines Center for two nights in a row starting Saturday night. Kane Brown will take the stage at the Boardwalk Hall in New Jersey on Friday, and just a few miles away, Celine Dion will be performing at the Barclays Center in Brooklyn.

Trippie Redd’s “Love Me More Tour” finds its way to Atlanta on Thursday, while the Lumineers make their way to Washington DC for a gig at the Capital One Arena on Friday.