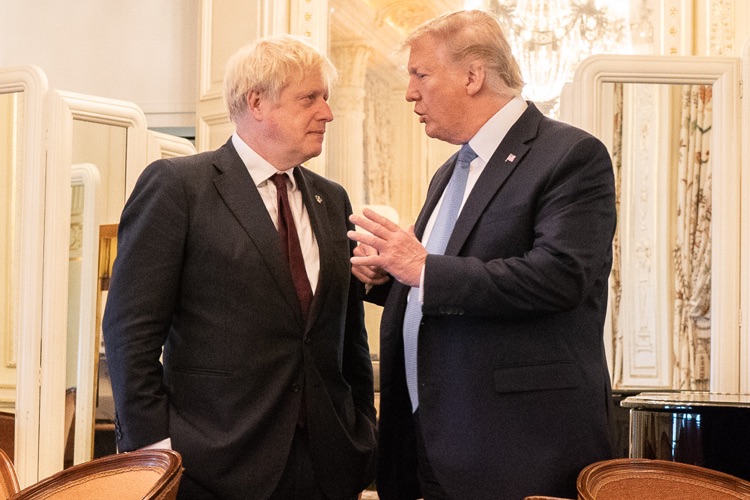 The United Kingdom government has released a comprehensive (184-page-long) analysis of post-Brexit trade goals with the United States, and the British Phonographic Industry (BPI), the largest label-representation organization in the UK, has responded with a statement.

The Department for International Trade-drafted document began by indicating that the post-Brexit UK will become a “champion of free trade” by signing trade agreements with “like-minded democracies.” From there, the benefits of a free-trade agreement (FTA) with the United States were emphasized, and the advantages of developing closer-yet economic ties were detailed from a domestic perspective.

Between pages 21 and 22 of the outline, intellectual property (IP) guidelines were specified.

First, the work disclosed the importance and value of thoroughly defined IP laws and safeguards; per the document, they create “confidence and protection for entrepreneurs, inventors, creators and investors.” Next, it was made clear that the US and the UK are regarded as “effective IP regimes” by the World Intellectual Property Organization (WIPO).

And finally, the guide reiterated that existing IP protections would remain in place in the UK, but that laws could be optimized based upon more efficient American counterparts.

In terms of copyrights, the outline noted that the UK government “will seek a balanced outcome for creators, producers, performers, users and consumers through the FTA with the US,” and that all new IP provisions will aim to address the “emerging opportunities and challenges in the digital age.”

Interestingly, it was also said that some have called for “the UK to export its world-leading IP enforcement mechanisms”—namely copyright protections.

BPI CEO Geoff Taylor responded to the UK government’s trade report with a generally positive and encouraging statement. In it, Taylor acknowledged the commercial significance that the US market holds for UK artists as the largest importer of British music and said that any new US-UK trade agreements “should provide the opportunity to boost these exports further.”

Plus, Taylor stated that the BPI was “encouraged” that the outline recognized the importance of IP protections, before taking the matter a step further by indicating that the UK should “seek commitments” from the American government that it will “step up action against global illegal operators that base themselves in the United States.”

The statement closed with an assurance that the BPI will continue to make its views and opinions known to the UK post-Brexit government.

After much debate and disagreement as to how the process should be approached, the UK left the European Union on January 31st. However, the nation will abide by EU standards until the end of this year, in something of a transition period, while developing replacement trade deals, policies, and laws.