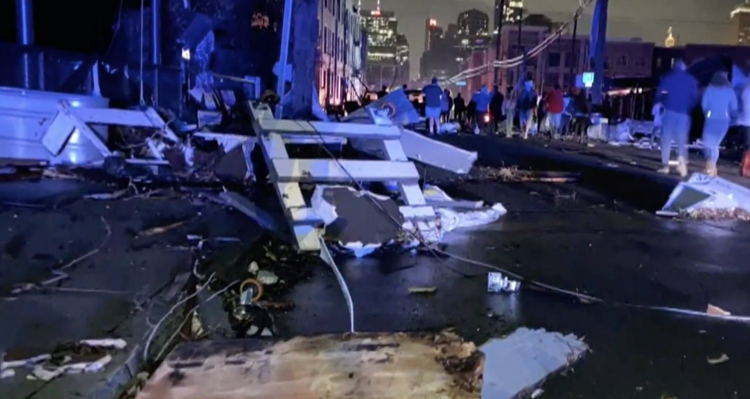 At least 22 people have died after a tornado struck Nashville and parts of central Tennessee.

Tennessee governor Bill Lee declared a state of emergency in response to the damage. While the death toll is climbing from 19 to 22, there are still several people still missing. This tornado event is the deadliest in the United States this year. President Trump will visit the storm-stricken areas of Tennessee later this week.

The concert venue Basement East was completely destroyed in the Nashville tornado. But the iconic I Believe in Nashville mural remains. 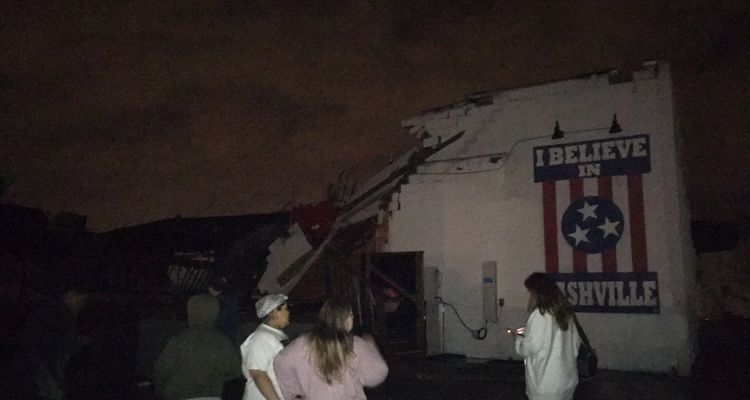 Organizers for Basement East plan to relocate or cancel upcoming concerts booked at the location. Ticket holders can find more information on their website to determine the status of each upcoming show. At least four concerts are canceling their shows in the wake of the damage.

Authorities in Nashville closed Main Street in East Nashville at 1:30 am due to debris. Part of a building collapsed over the road with some vehicles strewn around like a toddler throwing Hot Wheels. Nashville schools are closing all day because of the significant damage throughout the city.

The tornadoes ripped through Nashville as the state is scheduled to take part in Super Tuesday. Some polling locations were damaged in the storm – all locations will open an hour later than usual. Around 10% of the sites are moving to a different location. Officials are now working to ensure all polling locations will be open for ten hours, the required amount of time.