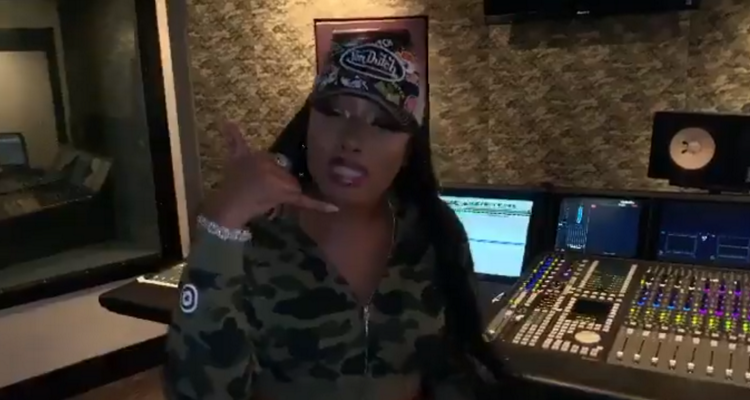 A judge has ruled in favor of Megan Thee Stallion in a dispute with her ex-label, 1501 Certified Entertainment.

The rapper took to social media over the weekend, telling fans the label was freezing her album. Suga has a tentative release date for Friday, though 1501 is trying to block the release.

Megan says her attempt to negotiate her contract led to the aggressive action from her label.

Former MLB star Carl Crawford founded 1501. Megan says she went with the label because she liked the family feel, but didn’t understand the contract she signed.

In January, she signed on with Jay-Z’s Roc Nation for management. 1501 operations manager T. Farris went with her, which Crawford claims cut him out. Crawford says he allocated $1.5 million toward promoting the Houston-based rapper. They first started working together over five years ago.

When asked about the Roc Nation deal and why the album was frozen, Crawford was honest.

“She decided to go online because we had to put a stop to her music,” he told Variety. “As soon as she got with Roc Nation, she decided not to honor the contract anymore.”

Megan filed a lawsuit against her ex-label on Monday. A federal judge in Texas granted her a temporary restraining order against label boss Crawford. The judge also ordered the company “to do nothing to prevent the release, distribution, and sale” of the rapper’s albums.

The judge further ruled that 1501 could not interfere with the rapper or her career over social media. Suga‘s original release date was supposed to be May 2nd – her mother’s birthday.

Sources close to the matter say her mother likely played a role in signing the rapper with 1501. Crawford says he hasn’t spoken with the rapper since she went public – he claims no one wants to hear his side of the story.