How to Be a Successful Music Entrepreneur 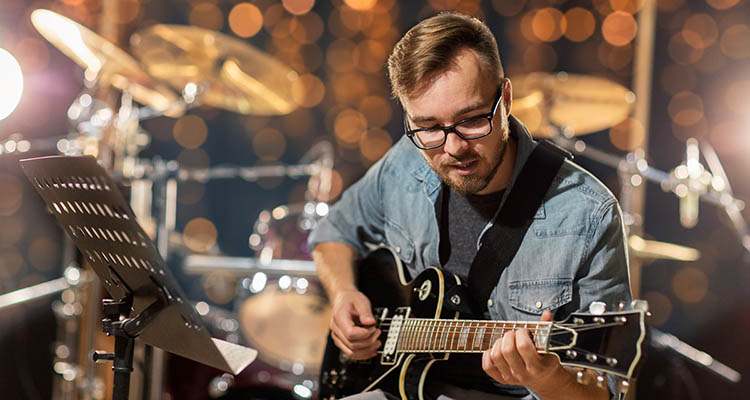 These days, making it in the music industry is incredibly difficult.

Artists are making less money, and it’s simply no longer enough to be a good musician.

To find success, you need to be a music entrepreneur who has a variety of marketable skills.

Here are some important tips on music entrepreneurship and how to be successful in the music business.

In the music business, you can’t get far and just talent or skill alone. You need to bring something to the table that other people don’t have. One of the best ways to get noticed is to do something against the grain that stands out from the crowd.

Think about some of your favorite bands and artists of all time. Chances are they found success because they did something that no one else was doing at the time.

When you innovate, you don’t need to be a virtuosic performer or perfect producer. You just need to bring something to the table that’s new and interesting.

For example, consider a band like Nirvana who transformed the music industry overnight. Part of the reason they were so successful is that they went against the music industry’s contemporary conventions at the time.

Bands in the 80s were expected to have masterful guitar solos, but Nirvana came onto the scene with guitar solos that were almost atonal noise. Within a few years, they were one of the biggest bands in history.

Look to the Past

Innovation doesn’t always mean coming up with something completely new. Sometimes the best way to find an exciting new sound is to look to the past. The TV show Stranger Things was widely praised for its incredible soundtrack.

The composers didn’t come up with a totally original sound. Instead, they revived some of the classic synth sounds of the 80s. Throughout the 90s, those kinds of sounds were considered cheesy and undesirable.

By bringing back the 80s at the right time, Stranger Things had one of the most memorable soundtracks of the last decade.

Almost everyone who has found success in the music industry has faced painful rejection at the beginning of their careers. Some of the biggest bands in the world faced horrible reviews in the early stages of their music business startup.

For example, music magazine Rolling Stone has frequently given bad reviews to albums that ended up becoming all-time classics. Negative reviews of classic albums such as Jimi Hendrix’s “Are You Experienced” were considered so ridiculous that Rolling Stone eventually retracted them.

This highlights the important point that the music industry and the critics rarely recognize true musical innovation. If you initially get a negative reaction from the industry, it could in fact be a sign that you’re taking things in the right direction.

The only way you’re ever going to make it in the music industry is to take risks. The music business is an incredibly difficult line of work to make a living in, so even being involved in the first place is already a big risk.

This means that if you want to be successful, you’ll need to take some risks. With that said, the risks you take should be calculated. Selling everything you own to record an album is probably a bad decision.

On the other hand, you might consider moving somewhere like New York or Los Angeles, even if it means sleeping on someone’s couch for a while.

The more people involved in the music industry you encounter regularly, the more likely you are to find that critical connection who could help you launch your career.

Of course, the chances of this kind of meeting happening is very low, but that doesn’t mean you should give up hope. Instead, base your social life around maximizing the chances of making these kinds of connections.

You should spend a lot of time out there networking and meeting new people. Never pass up the chance to talk with anyone about your musical career, and never pass up any opportunity to meet with an established music company. You never know where it could lead.

Be the Full Package

If you’re waiting to be signed to a label or employed by a major studio, you’ll probably be waiting a long time. These days it’s possible to handle almost every step of putting music out there on your own.

Modern digital technology means you can write, record, and release quality records from the comfort of your own home. If you take this kind of approach, companies will start to approach you as a byproduct of your own success.

If you’re good at playing an instrument and songwriting, you should also learn how to produce yourself. There’s never been an easier time to learn these kinds of skills. You can learn pretty much anything now by watching Youtube tutorials.

There’s no excuse for not being a successful music entrepreneur who offers the full package. These days, you can even be responsible for marketing and managing yourself. It’s not uncommon for modern music entrepreneurs to be familiar with things like NIST 800 171 compliance.

Find Success as a Music Entrepreneur

As you can see, being successful in the world of music is no easy task. A good music entrepreneur needs to have a wide variety of skills.

The days of being able to find success by simply being a good guitar player are long over. Now, you need to offer the full package.

If you want to learn more about being successful in the music industry, check out the rest of our recent blog posts.