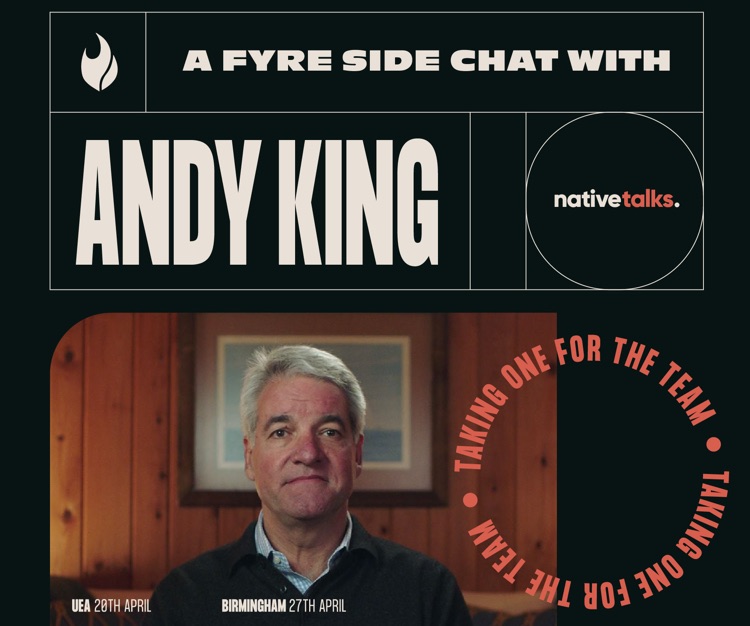 Andy King was one of the few employees to emerge unscathed (and rather well-liked) from the Fyre Festival fiasco, and now, he’s hitting the road to speak of his behind-the-scenes experiences and observations.

Dubbed “A Fyre-Side Chat with Andy King,” the 10-stop speaking tour will bring King to cities throughout England and Scotland beginning on April 20th. Each event is scheduled to last one and a half hours, including an hour-long moderated discussion and a half-hour Q&A session. Tickets are on sale now; students can gain admittance for about $7.75 (£6), while passes will set non-students back $19.40 (£15).

Before rising to public prominence on Netflix’s Fyre Festival documentary, Fyre: The Greatest Party That Never Happened, King spent three decades as an event and party planner in New York City. The experienced and capable organizer endeared himself to viewers with his honesty and forthrightness, as well as his boundless “team-player” mentality.

In 2018, Fyre Festival mastermind Billy McFarland was sentenced to six years in prison. Besides defrauding those who bought tickets for Fyre Festival, McFarland was found to have sold fraudulent passes to events like Burning Man and Coachella while out on bail. He is currently incarcerated in FCI Elkton (a low-security prison), having previously served time alongside Jersey Shore star Mike “The Situation” Sorrentino in New Jersey’s medium-security FCI Fairton.

Though the billionaire’s presidential run has since concluded — Joe Biden and Bernie Sanders are now engaged in a one-on-one battle for the nomination — his willingness to consult Jerry Media, at a time when he was seeking “the best of the best,” was probably a misguided decision. The vast majority of Fyre Festival ticketholders were convinced to attend via social media.

Longtime artist and music industry figure Ja Rule was also involved with Fyre Festival’s promotion, though he wasn’t found to have played a role in its fraudulent elements. In early February, the 44-year-old clapped back at social media users who were poking fun at his part with the ill-fated festival.