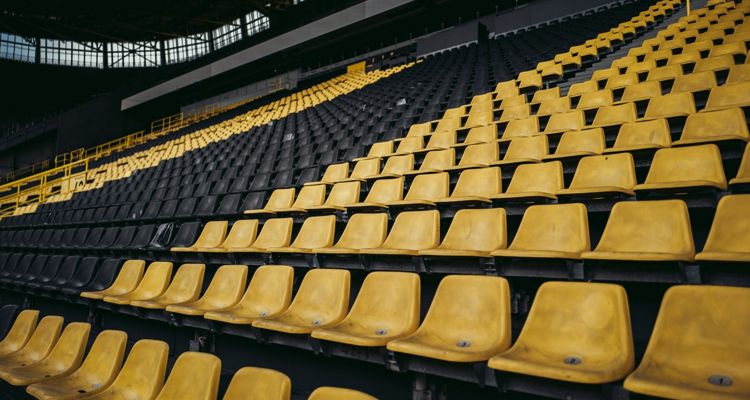 Coronavirus cancellations continue to pile up as artists, and award shows cancel appearances. Here’s the latest.

Elton John is postponing at least 19 dates on the North American leg of his “Farewell Yellow Brick Road” tour. The cancellations come just ten days before the tour was slated to start. All tour dates between March 26 and May 2 are moving to 2021 – the tour officially begins on May 22.

The Foo Fighters are also postponing and rescheduling several of their 25th Anniversary Van Tour dates. That tour was split into two legs – hitting the same cities they visited in 1995. The April dates are rescheduling to December, but others are unknown at this time.

Candian Music Week has also been rescheduled in response to the coronavirus pandemic. The 2020 conference and expo was slated for May 19 through the 23. Organizers canceled the event after Ontario banned gatherings of more than 250 people.

Following the example set by CMW, the SOCAN Awards in Toronto are canceled. The 2020 SOCAN Awards were slated for March 30 in Toronto. The SOCAN Awards are typically a private celebration, but Ontario banned gatherings of more than 250 people.

The coronavirus pandemic is also responsible for postponing the iHeartRadio Music Awards. Organizers took to Twitter this morning to announce the cancellation. The venue, Shrine Auditorium in Los Angeles, remains closed through the end of the month. Refunds are being issued to ticketholders, but a new date for the iHeart Radio Music Awards is unknown at this time.

Finally, the Academy of Country Music Awards is also on the chopping block. The ACM Awards were slated for April 5 but will be rescheduled to September because of the coronavirus pandemic.