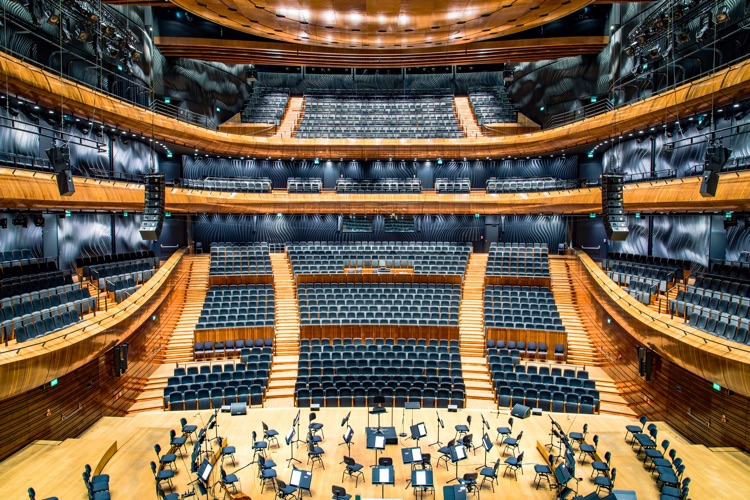 Live Nation, which has already been forced to mass-cancel the entire month of March, now seems likely to broaden its blackout period.  Accordingly, shares of LYV took another drubbing on Monday, part of a broader Wall Street nosedive.  By the closing bell, LYV shares had dipped more than 15%, landing at a once-unthinkable $36.31.

That is prompting some reassessments by Wall Street analysts.  Just this morning, S&P Global Ratings indicated that it is now considering a serious downgrade of Live Nation’s stock, perhaps the first of many.  Currently, shares of LYV are rated as BB-minus rating by S&P, though that is likely to head further south.  “While the extent and duration of the impact on the live events industry are uncertain, we believe Live Nation Entertainment Inc.’s operating performance could be hurt by the growing number of postponed events, lower-than-expected attendance, or any future cancelations,” the agency assessed on Monday.

On Friday, Live Nation CEO Michael Rapino confidently invested $1 million in his own stock, a bold move designed to spark confidence in the company’s battered shares.  That investment was followed by similar bottom-grabs by other executives, as well as Mark Cuban.  That may have encouraged other opportunistic buys, as shares quietly started elevated on Friday.  Unfortunately, Rapino has quickly lost $150,000 on the play, with more downside potentially ahead.

Unfortunately for Live Nation, any business built around mass gatherings is now getting pummeled, especially as broader government-mandated cancellations and shutdowns are being ordered.

Also last week, Live Nation joined forced with rival AEG and various touring agencies to create a coronavirus response coalition.  Creative Artists Agency (CAA), Paradigm Talent Agency, United Talent Agency (UTA), and William Morris Endeavor (WME) are part of the alliance, which unilaterally canceled all events through March while the situation is assessed.  The rare alliance is designed to disseminate information and respond to public health data in a coordinated way, while avoiding unnecessary in-fighting between the normally ultra-competitive groups.