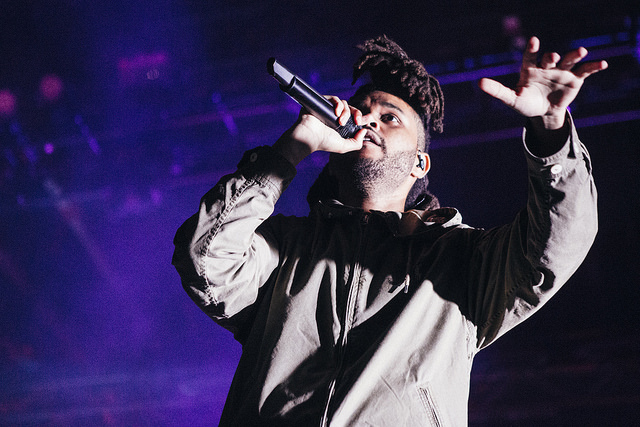 The Weeknd is branching out and keeping busy following the success of his most recent album, After Hours. He’s co-written an episode of American Dad, which will also feature his voice and likeness, as well as a brand-new, custom-recorded track.

Joel Hurwitz, who’s written for Family Guy, Robot Chicken, and other prominent television comedies, partnered with The Weeknd to create the episode’s script. The Weeknd took to Instagram (and Twitter) and posted a picture of himself and Hurwitz, while indicating that the corresponding episode will broadcast on May 4th.

Notably, The Weeknd is remaining tight-lipped about his role in the episode itself; part of the cited Instagram post reads: “also gonna play myself…kinda.” The message closes with a disclaimer that the associated image (wherein The Weeknd has his arm around Hurwitz’s shoulder) was taken “a while ago,” and that all should “stay home” to curb the spread and prevalence of the novel coronavirus.

The 17th season of American Dad will begin on Monday, April 13th, on TBS. (Importantly, the show’s 11th season officially consisted of just three episodes, before Fox cancelled the series and TBS picked it up. Thus, if these three episodes are considered part of season 12, then the upcoming episodes will initiate American Dad’s 16th season.)

Late last month, Digital Music News was the first to report that the ongoing Black Panther copyright-infringement lawsuit between The Weeknd and Yeasayer had been delayed because of the coronavirus crisis. Yeasayer alleges that The Weeknd’s “Pray for Me” rips off their song, “Sunrise.”

Yesterday, The Weeknd’s “Blinding Lights,” which was released as a single for After Hours, appeared as the “official theme song” of the WWE’s WrestleMania 36. Finally, the most recent episode of HBO’s Westworld featured an instrumental cover of “Wicked Games” from German composer Ramin Djawadi.

At the time of this writing, “Blinding Lights” was occupying the number-one spot on Spotify’s Global Top 200 chart.