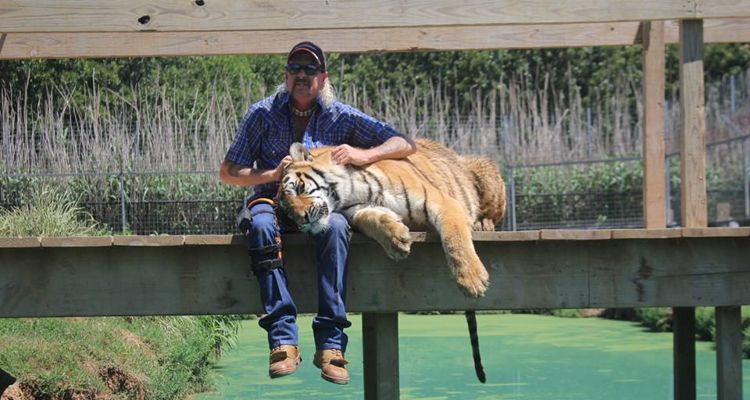 Joe Exotic’s music career is taking off on Spotify thanks to his music appearing in Netflix’s ‘Tiger King’ documentary.

Throughout the documentary, Joe Exotic’s music peppers the story – but is it him singing? Musician Vince Johnson says he and the late Danny Clinton are the voices on several of the songs. Show directors told the Los Angeles Times that Joe does sing on some of the tracks, however.

The Tiger King songs appeared on Spotify on March 30th. Spotify says fans of the Netflix documentary asked to see the music available on the platform.

Two weeks after it became available, the song ‘I Saw A Tiger’ now has listeners in all of Spotify’s markets. Denmark leads in the number of plays of the song, followed by the UK. The United States has the highest share of listeners, but other countries stream the song more per listener.

Spotify says Joe Exotic’s music is averaging an 18% daily increase in streams. They also reveal that millennials are some of his biggest fans – ages 25-34 are the biggest consumers.

The ‘Tiger King’ documentary is the most popular show on Netflix right now. Netflix says it’s the most-watched title for the most extended time on its platform. It explores the culture of tiger breeding in the United States. Exotic went to jail in 2019 for conspiring to kill a business rival featured in the documentary.

The popularity of the documentary has drawn fans across the globe to the Tiger King songs.

A potential sequel is already in discussion with the Investigation Discovery network. That show will investigate the disappearance of Carole Baskin’s husband. Joe Exotic accuses Baskin of murdering her millionaire husband, who disappeared in the 90s.