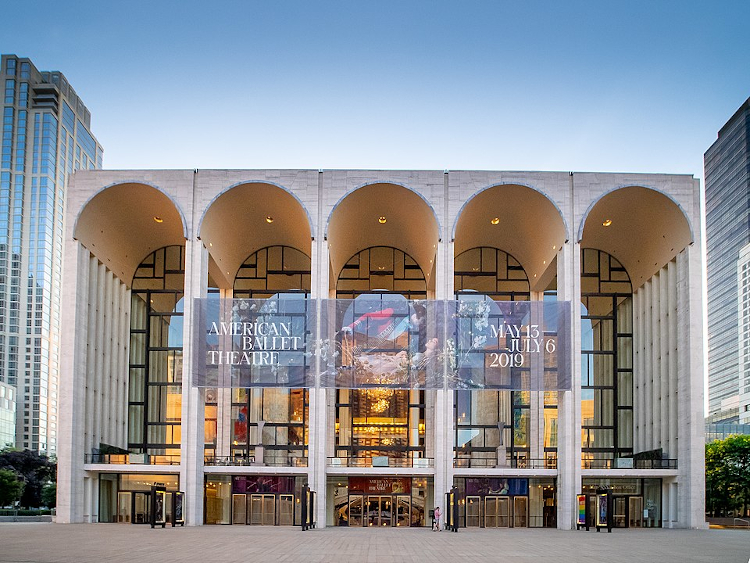 An external shot of the Metropolitan Opera House at the Lincoln Center for Performing Arts (photo: Ajay Suresh)

New York City’s famous Metropolitan Opera is furloughing dozens of workers – and cutting the hours of 11 other employees – as its losses mount amid the coronavirus (COVID-19) crisis.

Metropolitan Opera Manager Peter Gelb announced the unfortunate cost-cutting measures in a recent interview. He attributed the furloughs, which impacted 41 of his company’s almost 240 team members, to the far-reaching nature of the COVID-19 pandemic, the effects of its associated lockdown measures, and uncertainty surrounding the Metropolitan Opera’s planned September 21st return.

The impacted employees will receive an additional paycheck, besides retaining their health insurance coverage. The Met has lost somewhere in the ballpark of $60 million since the novel coronavirus began spreading domestically, but Gelb doesn’t expect that further furloughs will be necessary in the near future.

Metropolitan Opera officials have taken a number of noteworthy steps to raise funds and keep fans entertained until traditional performances can safely resume. The Met’s on-demand streaming service is available for $14.99 per month or $150 per year (though Met Members are entitled to a 33 percent discount), and it offers high-definition footage of over 700 Met shows.

Bolstered promotional efforts and a widespread desire for worthwhile entertainment have resulted in the streaming service adding some 15,000 paid subscribers throughout the pandemic.

Additionally, the Met has started streaming one of its shows for free each night. Viewers are encouraged to donate if they enjoy the entertainment, which is accessible via the Met’s app. And two Saturdays back, the company hosted a four-hour-long At-Home Gala, which featured livestream performances from 40 or so artists.

New York State (and especially New York City) has been hit particularly hard by the coronavirus crisis. Medical professionals have diagnosed nearly 320,000 COVID-19 cases in the state (of about 1.25 million total infections in the U.S.), and almost 20,000 New Yorkers have perished as a result of the disease’s complications – the most of any state in America.

New York Governor Andrew Cuomo has indicated that his state will reopen once the COVID-19 infection rate drops further yet.