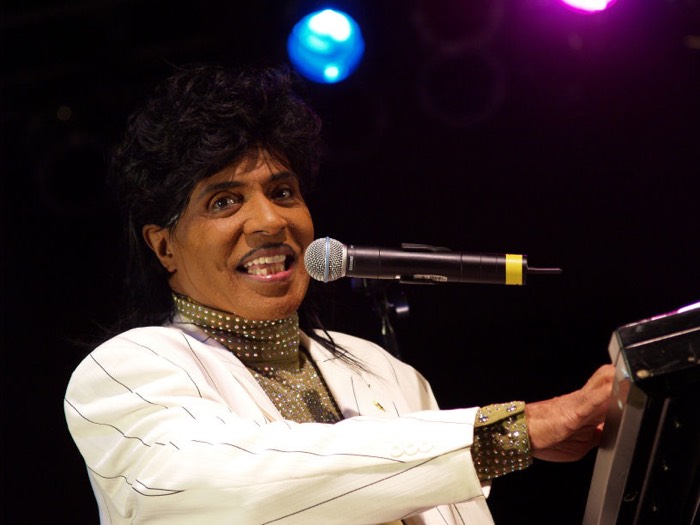 He was as outrageous as he was musically talented.  On Saturday, rock n’ roll pioneer Little Richard was pronounced dead at 87.

Little Richard, a high-energy, electrifying early pioneer of rock n’ roll, has passed away. The raging rocker, whose real name was Richard Penniman, died in Tullahoma, Tennessee at age 87 from complications related to bone cancer. The absolutely manic and uninhibited rock n’ roller is best known for classics like “Tutti Frutti” and “Long Tall Sally,” part of a style that seriously upped the energy levels of the burgeoning rock genre.

Little Richard was a seminal figure in the evolution of rock n’ roll, and is credited with intensifying the voltage of an art form that had already gained irreversible steam. A contemporary of Chuck Berry, Bo Diddley, and Fats Domino, Little Richard continued to blend elements of the blues, R&B, and gospel, while forming an even stronger bedrock for decades of rock n’ roll ahead.

Unfortunately, Little Richard and other black frontrunners were eventually relegated to the backdrop.

When Richard first started gaining fame, Elvis Presley had already hit the scene, and a parade of white performers were soon to follow. The rest is history, as innumerable rock giants took cues from black performers before them, often overtly reinventing their music for white audiences.

But racial discussions aside, Little Richard was truly his own animal. Penniman was unfazed by restrictive gender definitions of the era, including the ponderous masculinity often associated with rock n’ roll. Instead, Little Richard often dressed flamboyantly, with little reverence for the gender divide. Indeed, Little Richard was so totally uninhibited, it almost felt like societal rules hardly applied to him.

Indeed, Penniman’s healthy disregard placed him in a distinct, other-worldly character — and helped to forge a character that was invariably larger-than-life. Crowds loved it, and Penniman fed off of the growing energy and adulation.

Penniman was also going full-steam till the end. Back in 2016, erroneous reports pointed to the performer’s death, which drew an emphatic response. “This thing started on Facebook,” Little Richard barked back at the time. “Not only is my family not gathering around me because I’m ill, but I’m still singing. I don’t perform like I used to, but I have my singing voice, I walk around, I had hip surgery a while ago, but I’m healthy.”

Sadly, this time, the reports are true.