Best Laptop for Music Production: How to Decide 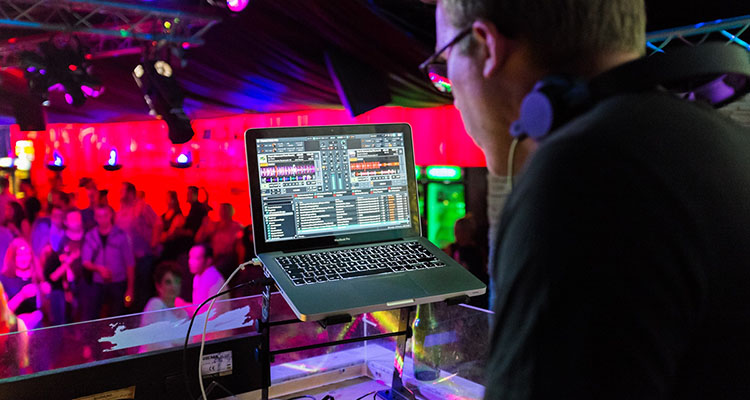 Before you could use a laptop for music production, recording occurred strictly in laboratory settings with hired engineers.

If you had wanted to be the next generation’s superstar, you needed to cough up a lot of dough for recording time.

Since the development of the internet as a crucial aspect of our daily lives, almost anyone can make a hit record at home. They could easily get a record deal with just one or two songs getting into the right hands—or ears.

This precluded an explosion of artists and individuals looking for home recording setups. Although traditional studios usually equip their recording space with high-powered desktops with external hard drives hooked up to their CPUs, smaller setups have changed the industry.

That starts with choosing the best laptop for making music. Paired with your favorite recording software, add in some monitor speakers, decent headphones, and you’ve got your home studio.

With a mobile setup, you become the engineer and producer all rolled into one—anywhere you want to go. So, choosing the right laptop for making music is an important investment that requires careful research.

Let’s take a look at some of the best laptops for making music.

How to Start Making Music

If you want to learn how to start making music, you should know that there are a tremendous amount of details to consider. Most of that boils down to personal preference. For example, what kind of music-making equipment will you need?

Digital audio workstations (DAWs) use their specialized software as an interface between musical instruments, microphones, and the computer. In fact, you will need to buy an interface if you plan on using any external devices.

So, that should be your number one consideration when searching for a laptop for music production. You’ll need strong processing power (CPU), lots of memory (RAM), and enough storage space to keep all your digital files intact.

What is the Best Laptop for Music Production 2021?

We’ll start with the lower end of laptops, as far as price is concerned. These options might be best for beginners who are just getting started with using laptops for home or mobile recording setups.

When getting started in looking for the best laptop for music production, you’re likely to discover right away that not much is cheap. But it’s a good idea to consider some of the low-end options before spending over $2,000 on an Apple MacBook Pro.

If you’re more of a PC user, here are some more affordable options.

The Acer Swift 3 is a budget ultrabook that has excellent value for its performance capabilities. At a cost of around $1,000 or less, you get some great features that’ll work nicely with any DAW:

As a rule of thumb, you should be looking for at least an i5 CPU or better and 8GB of RAM or higher. The Acer Swift 3 is a bare minimum laptop for music production, but it has a decent price tag for those just starting.

Next, there’s the Microsoft Surface Pro 7 which acts as a laptop and tablet. So, this one is a great option for portability. Here are the specs:

Again, this is a perfect choice for PC users with a smaller budget. Though the top-end specs for the Microsoft Surface Pro 7 might be double the price of more basic models. With so much storage space, however, this option can go a long way.

A second option from the same manufacturer is the Microsoft Surface Laptop 2. It has some similar features as the Surface Pro 7 only it’s just a laptop and not a 2-in-1 tablet/laptop. So, chalk that up to better user performance capabilities from Windows 10.

These models are great starting points for music production that won’t break the bank. Let’s check out some options for intermediate to advanced users.

Laptops for Intermediate to Advanced Users

Music production on laptops requires a whole lot of power and storage space. If you’re using a lot of multi-tracking with effects and dynamics processing, that draws from the CPU and RAM. So, if you’re willing to pay a little more, it will go a long way.

Let’s switch to a Mac operating system (OS) for the next option. The Apple MacBook Pro M1 13’’.

This new style of silicon chips made by Apple can potentially increase speed, power, and performance. However, it hasn’t been around long enough to get decent feedback about how this laptop works with music recording software that’s not Logic Pro X and Garageband.

So, keep an eye on this one. As it’s one of the few choices listed so far with Thunderbolt 3 ports (faster than USB).

At about $2,500, the Apple MacBook Pro is more than double the cost of the M1 version. This is obviously one of the most popular laptops on the market. You’ll pay more for stronger processing power, plenty of RAM, and an enormous amount of storage space.

What does that amount to for music production? It means you’ll be able to handle any live recording sessions, at home or on the go. You could even record a full band with Apple’s flagship laptop—drums, bass, guitars, and vocals.

This is a great choice if you’re an advanced user and want the most value for your investment. Other manufacturers like Dell, Asus, and Samsung offer great options in a similar price range as well.

How Do I Know Which Laptop is Best for Me?

These options are just scratching the surface when it comes to purchasing a laptop for music production. You can start with a budget, then decide which OS you’re most comfortable with. Then you should do your own research.

A new trend seems to be using gaming laptops for music production, which are thousands of dollars. So, it will be up to you to decide what suits your needs.

It’s never been a better time to use a laptop for recording music anywhere you want to.