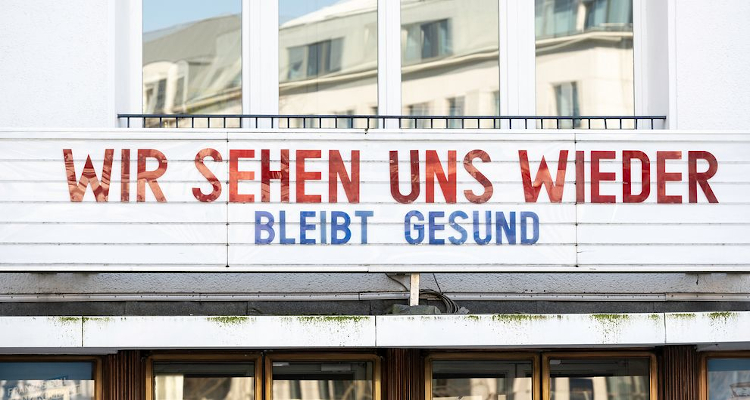 A German movie theater, which will receive aid under the Neustart Kulture program. Photo Credit: Ministry for Culture and Media

The German government has committed over $169 million (€150 million) to boosting its live music sphere, as part of a broader $1.13 billion (€1 billion) plan to reinvigorate cultural institutions and entertainment businesses, which have been hit especially hard by the coronavirus (COVID-19) crisis.

Dubbed “Neustart Kultur” (literally “restart culture”), the growth-minded program will inject some $169 million into live music. The funds are specifically intended to assist live music venues, event organizers, and agents in expediently (and safely) welcoming back fans and paying performers, according to the German government’s official announcement of Neustart Kultur.

Another roughly $169 million in aid will be made available to theater and dance organizers and companies, as well as “their intermediaries” – presumably professionals and organizations that provide dance and theater classes and training.

Additionally, $22.58 million (€20 million) will reach private radio broadcasters, who are suffering financially due to a drop in advertising and heightened personnel costs, per the German government.

Finally, the financial assistance package allocates about $135.5 million (€120 million) to movie theaters, $169 million (€150 million) to helping businesses and organizations pivot to digital products and services when possible, $112.92 million (€100 million) to cultural institutions that have been without customers amid lockdown, and $282.29 million (€250 million) to non-government businesses that stand to benefit from structural or technology improvements.

German government officials also passed a new stimulus package on Wednesday, which will use approximately $146.79 billion (€130 billion) in an attempt to counteract the economic strain of the coronavirus pandemic.

In the U.S., the market added 2.5 million jobs in May, and the unemployment rate was identified as 13.3 percent – far less than the almost 20 percent unemployment rate forecasted by many economists. States are continuing to take steps to reopen their economies.

Additionally, this week saw the Dow Jones and the S&P 500 rally well above the lows that they touched during the virus’s domestic onset.