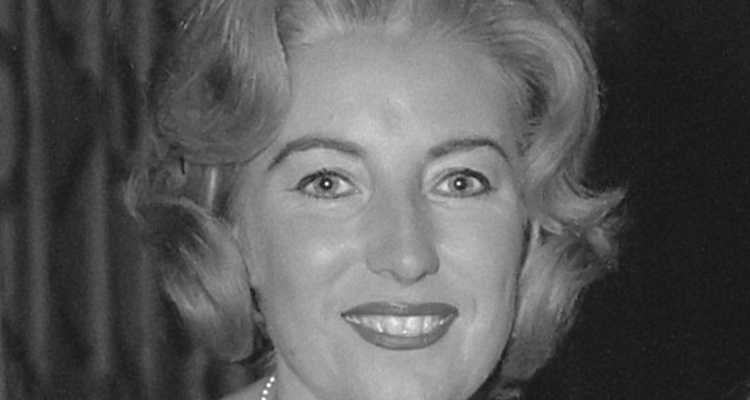 British singer Vera Lynn has passed away, aged 103. She was the oldest British artist with a #1 album.

Her songs, “We’ll Meet Again,” and “The White Cliffs of Dover” scored the Allied victory efforts in the WW2 era. Those songs still resonate as a patriotic tribute to most Britains. She was the first English singer to make it to the top spot on American music charts.

Vera Lynn spent most of her life working to support several children’s charities and veterans. The Dame Vera Lynn Children’s Charity still stands as a monument to her achievement.

“My mother first became involved in raising awareness of cerebral palsy in the 50s when there was very little understanding of the condition. Children who suffered from motor learning difficulties were often referred to rather pejoratively as ‘spastic,'” her daughter, Virginia Lews-Jones, told CNN.

UK Prime Minister Boris Johnson paid special respects to Lynn in a tweet. “Dame Vera Lynn’s charm and magical voice entranced and uplifted our country in some of our darkest hours. Her voice will live on to lift the hearts of generations to come.”

In 2009, Dame Vera Lynn became the oldest artist to have a number one album in England.

We’ll Meet Again: The Very Best of Vera Lynn topped the charts that year. In 2017, she became the oldest artist to have an album in the top ten with 100. The album was released to honor her 100th birthday, and her image was projected across the White Cliffs of Dover.

The singer performed with Katherine Jenkins in a virtual duet during the VE Day anniversary in May. Even the Queen borrowed Lynn’s famous refrain when addressing the British public concerning coronavirus.

Vera Lynn was born in 1917 to a working-class family in a London suburb. She began her singing career working in men’s clubs at the age of seven. She took her grandmother’s maiden name, Lynn, as her stage name at age 11.