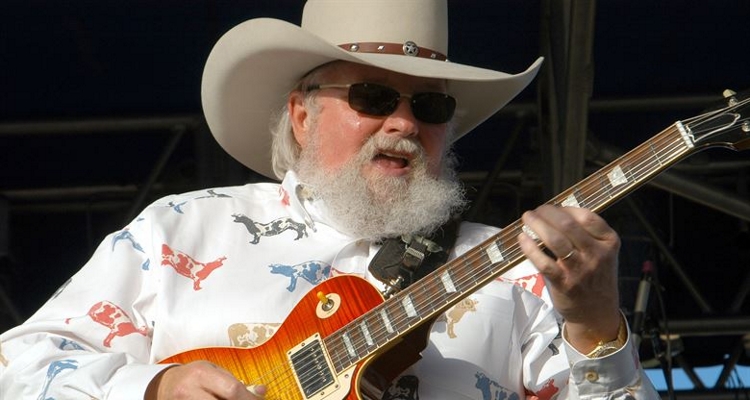 Legendary country singer Charlie Daniels has passed away at age 83 from a massive stroke.

His publicist Don Murry Grubbs confirmed the news. Daniels was not in the best of health and had suffered a previous stroke in 2010. He was fitted with a pacemaker in 2013 and survived a bout of prostate cancer.

Charlie Daniels has nine gold or platinum albums and played on Bob Dylan’s Nashville Skyline. His group, the Charlie Daniels Band, appeared in the 1980 movie Urban Cowboy. He is best known for his country-pop crossover hit, “The Devil Went Down to Georgia.”

Daniels was born on October 26, 1936, in Wilmington, North Carolina. He fronted for the ’60s group the Jaguars before pursuing his solo career in 1968. His breakthrough came in the summer of 1973 when he released “Uneasy Rider.” It hit the ninth spot on the Billboard Hot 100 charts, paving the path for eventual success.

The Charlie Daniels band found that success in 1974 with Fire on the Mountain.

The album cracked the Top 40 with “The South’s Gonna Do It Again” and “Long Haired Country Boy.” Daniels’ iconic use of the fiddle and his blazing talent made him a staple in the ’70s.

He released four more LPs from 1975-77, but it was 1979’s Million Mile Reflections that went triple platinum. The album hit number five on the Billboard 200 thanks to the popularity of “The Devil Went Down to Georgia.” The song spent three weeks at number three on the Hot 100 charts in 1979 (and was also featured in the film Urban Cowboy).

Daniels and his bandmates co-wrote the iconic song. It earned him a Grammy Award for Best Country Vocal Performance.

His 1980 album Full Moon and 1982’s Windows both hit the Top 30 in the pop charts. In 1980, Daniels broke his right arm and fractured two fingers, derailing his tour plans. The group saw its last significant sales success with the release of their 1989 single, “Simple Man.” Shortly after, Daniels began recording Christian music for his mostly country audience.

Daniels is survived by his wife of 55 years, Hazel and their son, Charlie Daniels Jr.