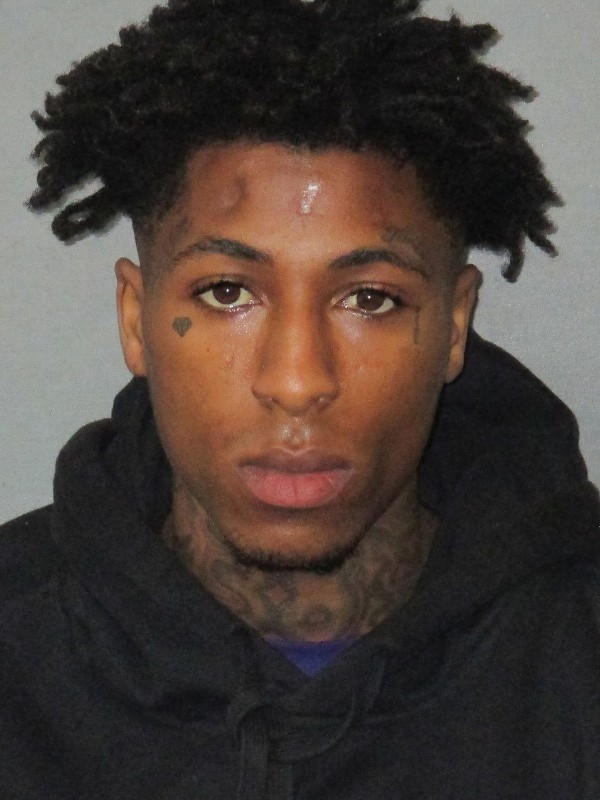 NBA YoungBoy, whose full name is Kentrell Gaulden, has been arrested on drug-related charges in his native Baton Rouge, Louisiana.

Also according to the EBR Sheriff’s Office, the artist was arrested – and released – today, September 29th. A low-definition video, uploaded to YouTube yesterday, allegedly shows police taking the rapper into custody. While it’s difficult to discern details in the short clip, the same account uploaded a different video to YouTube, purportedly showing NBA YoungBoy leaving jail, just hours ago.

Local reports and statements from Baton Rouge Police indicate that members of law enforcement brought 15 others (aside from NBA YoungBoy) into custody, and that the “Kacey Talk” creator is also facing felony firearms charges. Nevertheless, the EBR Sheriff’s Office database showed only the aforementioned trio of drug charges against Gaulden at the time of this writing.

BRPD officials specified that they made the arrests after receiving an anonymous tip, seizing 14 firearms and approximately $79,000 in cash during the high-profile drug bust.

The Louisianan artist, who released his second album, Top, earlier this month, seems to have deleted each of his social media profiles since the arrest. Moreover, Gaulden’s latest run-in with police follows his May 2019 presence at the scene of a Miami shootout; an innocent bystander was shot and killed by a stray bullet in the tragic episode, and Gaulden’s then-girlfriend also suffered a gunshot wound.

A federal judge terminated NBA YoungBoy’s probation later that year and recommended that he relocate outside of Baton Rouge. Gaulden ultimately moved to Los Angeles, and it’s unclear at this time what drew him back to his home city.

The 20-year-old rapper’s attorney, James Manasseh, pushed back against these latest charges in a statement provided to a local news outlet: “There’s nothing in the report that indicates that he did anything wrong. They arrested several people and there was no indication that he had any guns or drugs on him at the time of the arrest. I ultimately believe he will be found innocent in all of this.”

Lastly, it bears mentioning that Yaya Mayweather – the daughter of boxing great Floyd Mayweather Jr. – is reportedly pregnant with NBA YoungBoy’s sixth child. YoungBoy hasn’t publicly addressed the rumor, which came to light at about the same time as news of his most recent arrest broke. Even so, many are voicing (generally critical) opinions on social media, and these comments, in coordination with those pertaining to the above-mentioned charges, may have prompted the rapper to deactivate his Twitter and Instagram accounts.