Is Your Metadata Complete? Muso.AI Wants to Fix the Industry’s Credits Problem by Verifying the Data With Creators Themselves 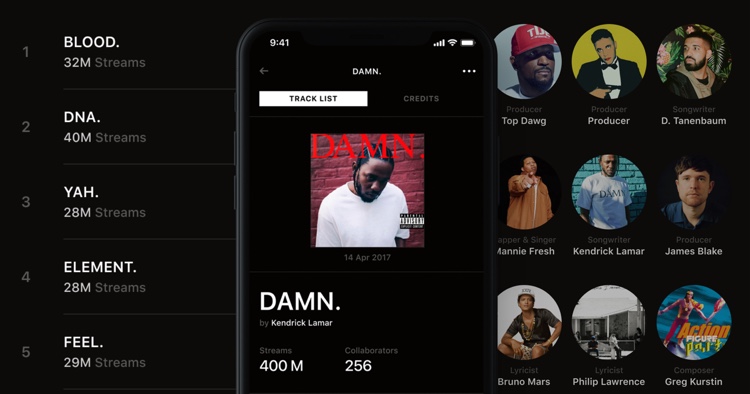 Despite the accumulation of millions in unpaid royalties and the emergence of several purported solutions, missing credits remain a major problem in the music industry. Muso.AI wants to help the music industry overcome its metadata issues once and for all.

Even decades into the digital age, outdated systems and antiquated crediting procedures (email chains and pen-and-paper logs among them) continue to prevent musicians, songwriters, producers, and other contributors from properly getting recognized and paid. That goes for many musicians behind some of today’s most popular tracks, many of whom aren’t receiving their due credit and compensation.

Logistical obstacles and the sheer volume of data associated with crediting compound these difficulties, and the situation’s unfortunate statistics speak for themselves. Per Muso.AI, which bills itself as the first verified credit platform, 95 percent of music’s collaborators are uncredited.

The process of correcting missing credits brings with it further challenges. Contrary to common notions, credit modifications and additions can introduce legal verification steps both for authors and collaborators. Predictably, this and other time-consuming considerations dissuade many from rectifying the underlying issue.

Owing to the scope and implications of metadata problems – a substantial number of musicians simply aren’t receiving the credit that they’re entitled to – industry awareness is on the rise, however.

So are proposed solutions. As digital service providers (DSPs), artists, IP owners, and fans alike demand better metadata and crediting, multiple worthwhile solutions and helpful resources have emerged (and are continuing to debut).

That’s the good news, though Muso.AI says many of its competitors focus on a sole component of the far-reaching problem.

Once-off tools and plug-ins, while useful, face immediate hindrances centering on adoption rates, ease of use, and database discrepancies, all of which are exacerbated by inter-developer competition. In this way, Muso.AI has taken steps to assure that its 3.0 edition breaks the mold of single-purpose crediting tools, establishing a foundation that will ultimately help the assets to reach their full potential.

“Although we’ve been very excited to see tools and plugins in the credit capturing space, we can’t help but think that this puts all the responsibility in the engineer’s hands,” Muso.AI Co-Founder Kyran de Keijzer told us. “Creators need a less intrusive way, which helps them capture and correct credits when the time is right for them.”

“The final missing piece was an ability to append to an existing profile. We should reward creators for capturing credits, by adding it to their complete profile, and not create even more scattered databases”.

Accordingly, Muso.AI is building a scalable database resulting from the firsthand contributions of musicians and industry professionals.

The company has already been amassing credits from all over the internet, and verified them for over 16 million tracks.  That includes 3.6 million creator profiles and 2.7 million albums.

(If you’re interested in checking your credits profile, jump over to muso.ai and download the app for iOS or Android.)

Guaranteeing that this data is complete – and correct – at the outset, the platform will encourage continued input and referencing, with the overarching goal of cultivating a definitive credits database for the entire industry.

That means enabling artists to easily enter credits during and after the recording process. The Muso.AI app allows artists to do this in the session itself — even in the car, train, or bus ride home, and even after the song is released (you can backfill credits).  To the benefit of all involved parties, crediting no longer falls squarely on the engineer’s shoulders.

There’s also a process for entering legacy credits after the fact. That solves a major part of the missing credits puzzle, with artists able to approve the submitted updates and corrections.

Muso.AI has designed the updated app’s architecture and accessible interface with busy creators in mind, with the goal of making it effortless to enter accurate credit information. Moreover, in serving as a control point for metadata, the 3.0 platform enables creators to quickly identify errors within other databases. Given that DMN reaches a broad cross-section of the music industry, we were excited to join forces to promote the 3.0 push.

Admittedly, unauthorized third parties often attempt to claim creative credits that aren’t their own. But Muso.AI says its 3.0 layout doesn’t invite or tolerate fraud. An array of security and verification measures mean that credits will reach only those who’ve actually contributed to the works at hand.

Reaching beyond its core, Muso.AI 3.0 is now brokering direct deals with labels and distributors to integrate its solutions across entire catalogs. And the impact on the broader ecosystem could be substantial: voice-enabled technologies, song-discovery options, smart-speaker functionalities, and other faces of the tech landscape stand to experience a major overall improvement.

As far as what’s next, there can be no doubt that artists, rightsholders, platforms, and the music ecosystem as a whole are poised to enjoy heightened opportunities stemming from a streamlined, authoritative credits database. The pertinent pieces are in place, and the groundwork has been laid with Muso.AI 3.0. Now, it’s just a matter of pulling everything together.

Check out more at muso.ai.