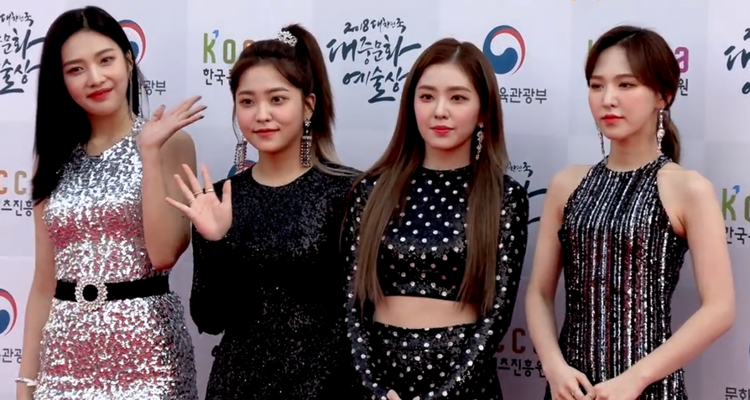 K-pop act Red Velvet was forced to cancel a fan meeting due to bullying allegations against Irene earlier this week.

The group were slated to hold a digital fan meet-up on October 24th during the 2020 K-Culture Festival. That event has now been canceled with the following message: “The Red Velvet online fan meeting scheduled for October 24 was canceled due to the artist’s circumstances. We ask you for your understanding, thank you.”

Those ‘circumstances’ were accusations of Red Velvet’s Irene saying cruel things to a stylist and fashion editor in South Korea. Editor Kang Kook Hwa made the accusations on social media, describing the interaction as “hell for 20 minutes.” While the stylist didn’t make any specific accusations, she did list #monster and #psycho hashtags. Those are both titles of Red Velvet songs.

In her long Instagram post, the editor says she should have expected the behavior. “Proven to be disqualified from being human, a puppet living behind a smiling mask,” the editor wrote. She said she asked for an apology at the time of the stated incident but didn’t get one. Hwa has since deleted her post on Instagram with the accusations and her rant against the unnamed celebrity.

Irene of Red Velvet quickly responded to the accusations online. “This is Irene. I sincerely apologize for hurting the stylist with my foolish attitude and careless words and actions. I received a lot of help from people who gave their effort for me to get to where I am now, and I regret that I hurt them greatly with my immature behavior,” Irene posted to her followers.

“This incident has made me look back on the past, and I’m very ashamed of my poor words and actions. I feel the importance of staff members once again. I’ll think and act more carefully, so this does not happen again. I’m truly sorry to the fans who support me and for causing worry because of this incident,” Irene adds.

It’s a story that probably wouldn’t have made a dent in American media. K-pop culture is highly image-focused, and they’re seen as ambassadors of Korean culture. Any ‘negative’ behavior by K-pop stars reflects negatively on South Korea as a whole. Unsurprisingly, Red Velvet was ‘uninvited’ to their fan meeting during one of the biggest festivals in South Korea.

The group debuted as a quartet in 2014 before Yeri joined the original four members in 2015. Irene & Seulgi debuted their first mini-album together, Monster.