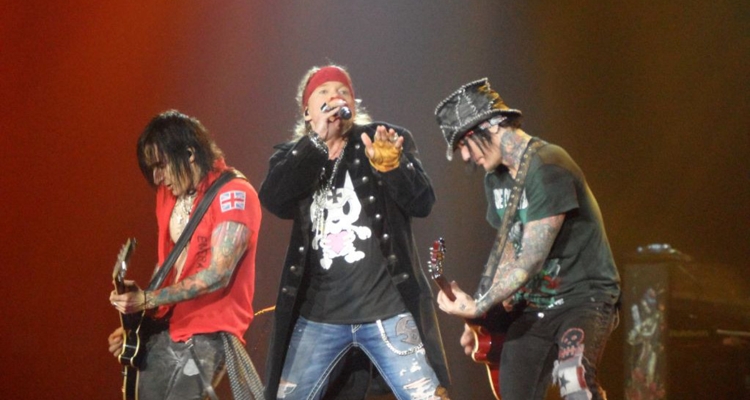 While lockdowns continue in Europe, America, and elsewhere, Guns N’ Roses has announced a 2021 tour in reopening Australia and New Zealand.

The group is heading down under for a massive international tour, hitting the Gold Coast, Adelaide, Melbourne, Sydney, Brisbane, and Perth. Promoter TEG Dainty, which organized the Guns N’ Roses Australia & New Zealand tour, says it’s ready to bring the group back to Oz. CEO Paul Dainty reflected on the announcement and the challenges the live entertainment company faces in planning such an event.

“We’re all eager to return to business as usual, and who better to lead the charge into international stadium touring than the mighty Guns N’ Roses! Witnessing the classic line-up of Axl Rose, Slash, and Duff McKagan reunited on Australian stages during the historic band’s previous Not In This Lifetime tour was an unforgettable experience for fans,” Dainty says.

“In 2021, Australians can look forward to the return of large-scale stadium events such as this. Let’s face it; Guns N’ Roses deliver every single time,” he adds. General tickets will be available for sale starting November 26th.

TEG says it is following COVID-safe protocols established by the Australian government. Organizers believe Australia may lead the world in reopening large-scale stadium events, with mega-events already taking place. A huge 52,000 in-person football game in Queensland over the weekend was the first reopening event.

But that only involved local Australians coming together to watch Australians play soccer. What about international acts like Guns N’ Roses? That remains a tricky question, though Guns N’ Roses will offer a critical test for future acts.

Meanwhile, the live music industry has struggled across the globe with the nagging pandemic. Recording artists in the UK, for example, are fighting for their survival while local venues are keeping the lights on with government support.

Recovery in the US has been marred by continued outbreaks and record-breaking new cases each day. Some of those early scheduled 2021 events may end up being canceled, too. It’s a wait-and-see approach, but so far, things aren’t looking good unless a vaccine arrives soonish.