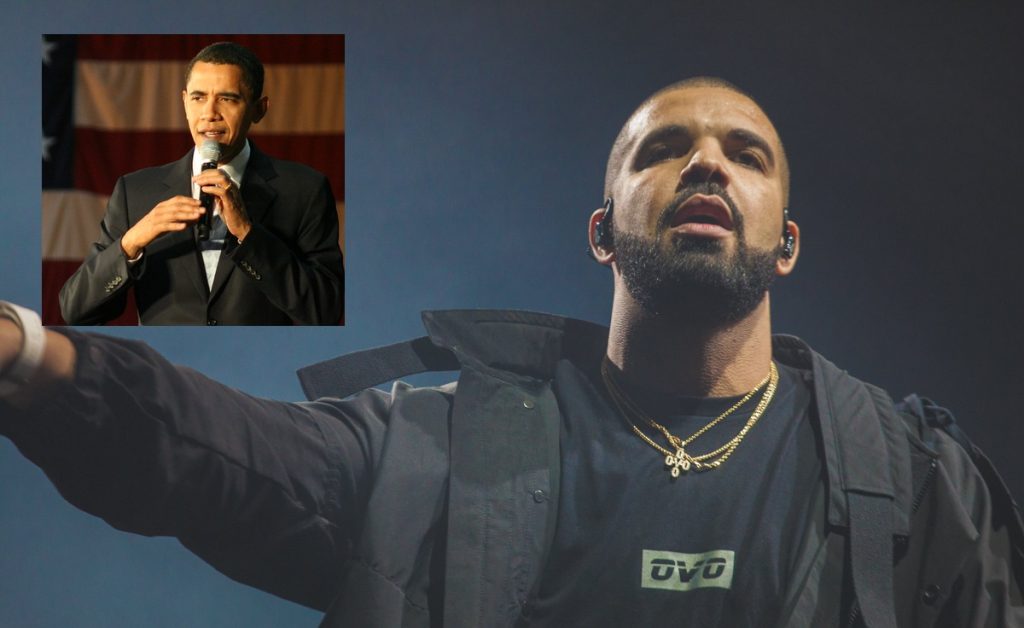 Drake has already tapped himself to play Barack Obama in an upcoming biopic — Obama himself has now responded to the ‘selection’.

No, it’s not official: Drake hasn’t been chosen to play Barack Obama in an upcoming biopic. The primary reason is that nobody has announced production on an Obama film. But the scuttlebutt in Hollywood — which is, of course, heavily Democratic — is that an Obama flick is ‘coming soon’. Which raises the question: who will play the ex-President?

Strategically — and presumptuously — Drake has already nominated himself. And the rapper has been angling for the role for nearly a decade.  “I hope somebody makes a movie about Obama’s life soon because I could play him,” Drake told Paper back in 2010. Of course, that alone won’t secure his spot in an upcoming documentary — if and when that documentary happens — though recent comments from Obama himself could help.

“You know what, Drake has — more importantly, I think — my household’s stamp of approval,”Obama recently told Complex. “I suspect Malia and Sasha would be just fine with it.”

Drake, a Canadian import, seems to have been practicing for the role for years. “That’s the goal,” Drake relayed. “I watch all the addresses. Any time I see him on TV, I don’t change the channel. I definitely pay attention and listen to the inflections of his voice. If you ask anyone who knows me, I’m pretty good at impressions.”

Indeed, a well-played Obama could cement Drake’s status as a Hollywood actor — and truly diversify his career like older rappers Ice Cube and Ice-T.

Obama’s resounding approval of Drake follows some testy comments about rap — especially in the wake of high-profile Trump endorsements by Lil Wayne, Lil Pump, 50 Cent, and Ice Cube. Ultimately, 50 Cent dialed back his Trump endorsement and Ice Cube insisted that he wasn’t taking sides. But Lil Wayne and Lil Pump didn’t budge, and Obama seemed to take the snubs against Biden personally.

He also dismissed the endorsements as a signal that black Americans were showing any substantive support for Trump. “It’s interesting—people are writing about the fact that Trump increased his support among Black men [in the 2020 presidential election], and the occasional rapper who supported Trump,” Obama told the Atlantic.

“I have to remind myself that if you listen to rap music, it’s all about the bling, the women, the money. A lot of rap videos are using the same measures of what it means to be successful as Donald Trump is. Everything is gold-plated. That insinuates itself and seeps into the culture.”