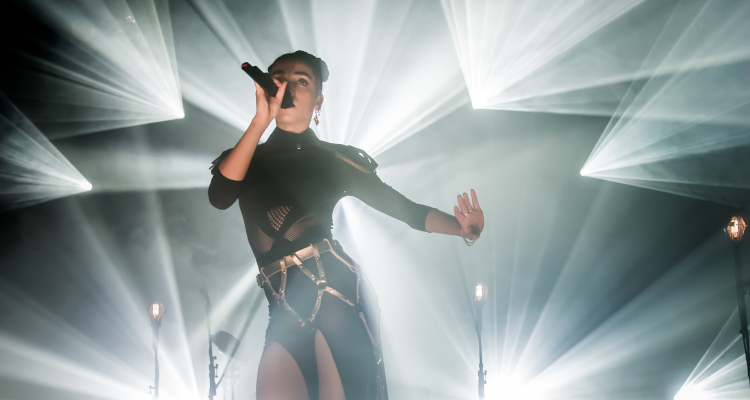 Late last week, English actress and artist FKA Twigs filed a shocking lawsuit against her former boyfriend, Shia LaBeouf. Now, the 34-year-old has responded to the abuse and misconduct allegations outlined in the complaint.

FKA Twigs, whose full name is Tahliah Debrett Barnett, recently submitted the suit to a California federal court. “Shia LaBeouf hurts women,” the 16-page-long filing begins, before calling the Transformers actor “dangerous” and describing his alleged “history of violent behavior.” The two began dating shortly after meeting on the set of LaBeouf’s Honey Boy, which premiered in early 2019, following a 19-day-long shoot in the summer of 2018.

After moving in with the Los Angeles-born actor in October of 2018, Barnett says that she was isolated from her family and subjected to “a continuous stream of verbal and mental abuse.” This alleged abuse later turned physical, according to the one-time Grammy nominee FKA Twigs, who was “forcibly slammed” against a car and “strangled” by LaBeouf while “she was trying to escape from one of his manic tirades,” per the lawsuit.

Moreover, the episode – which occurred around Valentine’s Day in 2019, per Barnett – followed another alleged incident in a hotel room. FKA Twigs allegedly awoke with LaBeouf “towering over her and violently squeezing her body and arms against her will.” A “terrified” FKA Twigs was “frozen” during the alleged assault, which saw LaBeouf strangle “her while whispering, ‘If you don’t stop you are going to lose me.’”

LaBeouf also allegedly “kept Barnett in a constant state of fear by openly storing live firearms throughout his home.” In addition to allegedly sleeping with a loaded rifle at his bedside, the defendant allegedly boasted to FKA Twigs that he’d prepared for his lead role in The Tax Collector (which was released in August of this year) by taking to the streets of L.A. to “shoot stray dogs…so he could get into the ‘mindset’ of a killer.”

Lastly, the complaint – which specifically alleges battery, sexual battery, assault, intentional infliction of emotional distress, and gross negligence – relays that LaBeouf infected Tahliah with a sexually transmitted disease, which she was diagnosed with after experiencing “unusual and painful physical symptoms.” LaBeouf allegedly failed to inform FKA Twigs of his own diagnosis from “years earlier,” but instead “worked to hide his outward symptoms from Tahliah by applying makeup.”

Because the relationship’s circumstances made “the prospect of escape both difficult and dangerous,” FKA Twigs remained with LaBeouf for some time after learning of the diagnosis – including completing relationship therapy sessions across “several months” – before The Peanut Butter Falcon actor “unceremoniously ended his relationship with Tahliah via a text message.”

Responding to the lawsuit and the allegations in a statement initially emailed to The New York Times, Shia LaBeouf said: “I’m not in any position to tell anyone how my behavior made them feel. I have no excuses for my alcoholism or aggression, only rationalizations.

“I have been abusive to myself and everyone around me for years. I have a history of hurting the people closest to me. I’m ashamed of that history and am sorry to those I hurt. There is nothing else I can really say.”

In a separate email, also sent to the newspaper, the actor indicated that he is “sober” and claimed that “many of these allegations are not true.”

“I am not cured of my PTSD and alcoholism,” finished LaBeouf, who was in October charged with misdemeanor battery and petty theft stemming from a different matter, “but I am committed to doing what I need to do to recover, and I will forever be sorry to the people that I may have harmed along the way.”