How Did Eddie Van Halen Die? Cause of Death Officially Revealed 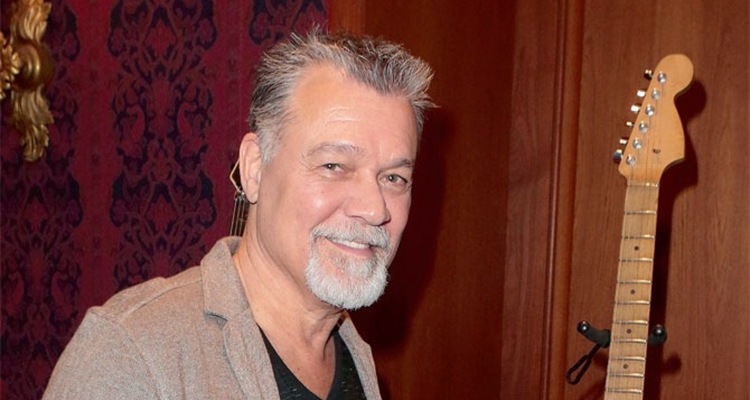 The Eddie Van Halen cause of death has been revealed, with his son Wolfgang receiving the ashes.

TMZ obtained an early copy of the death certificate, which prompted Wolfgang to call the outlet ‘scum.’ But the outlet also revealed that Eddie’s final wishes were for his ashes to be scattered into the ocean off the coast of Malibu, California, where he lived. Wolfgang was Van Halen’s youngest member before his father’s death. He now performs with the band Mammoth WVH.

“I can’t believe I’m having to write this, but my father, Edward Lodewijk Van Halen, has lost his long and arduous battle with cancer this morning,” Wolfgang wrote on Twitter to announce his father’s death. “He was the best father I could ever ask for. Every moment I’ve shared with him on and off stage was a gift. My heart is broken, and I don’t think I’ll ever fully recover from this loss. I love you so much, Pop,” the rocker’s son finished.

The death certificate clarifies that while Eddie’s battle with cancer was an underlying cause, the immediate cause was a ‘cerebrovascular accident’ – or stroke. Other underlying causes listed on the death certificate include pneumonia, myelodysplastic syndrome (a bone marrow disorder), and lung cancer. Van Halen battled lung cancer for three years.

Another section listed “Other Significant Conditions” highlights other conditions contributing to the Eddie Van Halen cause of death. He also suffered from squamous cell carcinoma, a type of skin cancer, on his head and neck. His heart rate was also irregular.

Tributes to the late rock star have poured in from iconic legends like Jimmy Page, Tommy Iommi, and all of his fellow bandmates in Van Halen. Fans have snatched up a number of Eddie’s guitars at auction, bringing in around $422,000 — against Wolfgang’s wishes.

In a tweet mentioning the guitar auction, Wolfgang went off on those who purchased them. “The headline should read: Three guitars that are striped were sold at an auction for charity. They weren’t stage guitars. I had nothing to do with this. I don’t EVER plan on selling any of my father’s iconic guitars. The only place they’d possibly belong is in a museum.”

“Also, one was a gift,” Wolfgang tweeted. “I don’t know who’d want to give that away. Timing is a little fishy to me.” Pretty soon, it came to light that the guitar auction wasn’t actually for charity, as previously reported. “They’re just taking advantage of my father’s passing,” he tweeted.