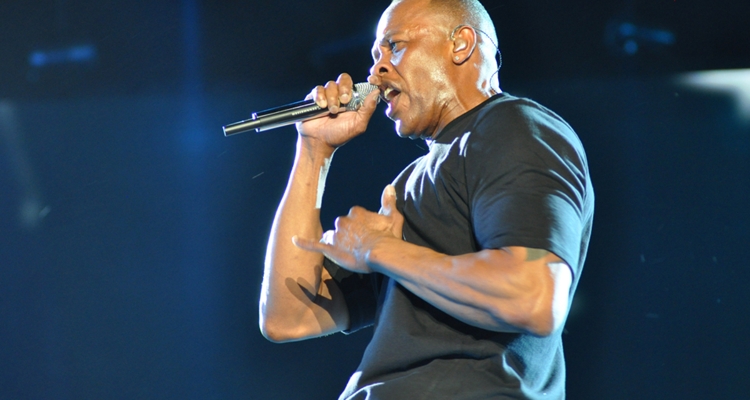 Legendary music mogul and rapper Dr. Dre has suffered a brain aneurysm and seems to be recovering.

Dr. Dre was rushed to Cedars-Sinai Medical Center late Monday evening of a suspected aneurysm. He soon shared news of his condition via Instagram. “Thanks to my family, friends, and fans for their interest and well wishes,” he begins. I’m doing great and getting excellent care from my medical team. I will be out of the hospital and back home soon. Shout out to all the great medical professionals at Cedars. One Love!!” the rapper writes.

The former N.W.A. rapper turned music mogul has had a monumental impact on the music industry. He founded Beats by Dre with Jimmy Iovine and launched and ran Death Row Records. Dr. Dre is credited with helping launch the careers of other legendary rappers like Eminem, Tupac Shakur, and Snoop Dogg. As soon as the news of Dr. Dre’s brain aneurysm broke on social media, the well-wishes began pouring in.

“Send your love and prayers to the home Dr. Dre,” Ice Cube told his fans on Twitter after news of the brain aneurysm broke.

“Prayers up for Dr. Dre and his family for healing and strength over his mind and body,” Missy Elliott shared. LL Cool J shared a more positive message, suggesting he had spoken personally to him. “Dre is recovering nicely,” he told fans on Twitter in the early hours of January 6.

Dr. Dre is in the middle of a contentious divorce with his long-time partner, Nicole. TMZ reports that Nicole is seeking $2 million a month in temporary spousal support and $5 million to cover attorney fees. Dr. Dre says he’s already paying for all of Nicole’s expenses, so the $2 million monthly ask is too much. Nicole signed a pre-nuptial agreement in 1996 before she married Dre.

She is asking a judge to reject the prenup, alleging that Dr. Dre tore it up early in their marriage. A hearing in Los Angeles was scheduled for Wednesday, but it’s unclear how Dre’s medical condition may impact that hearing. He obviously won’t be present, but the judge may continue with the case despite the matter.

Nicole also alleges the Doc has $262 million in cash and Apple stock. Her accountant says selling Apple stock was the primary income source for the couple from 2017 to 2019. Young’s CPA says the couple was spending $2.3 million per month in that three-year-period, yet available cash increased by $26 million. That’s just how much Apple stock has risen over the last three years.