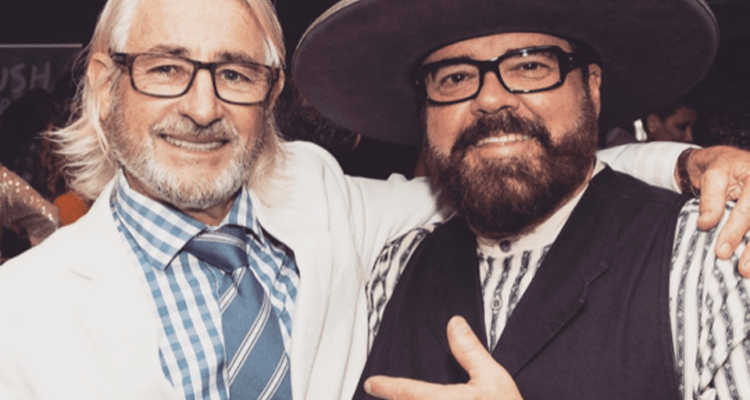 A representative for Murphy Petrol Group shared the news. “It is with great sadness that Caroline Murphy and family confirm that Christopher (CM) Mark Murphy, chairman of Murphy Petrol Group has today passed away peacefully at his beloved Ballina property ‘Sugar Beach Ranch’ surrounded by his family,” the statement begins.

“CM celebrated an illustrious career over 40 years and made an incredible impact on the global music and entertainment industry. Best known for taking his ‘band of brothers’ INXS to worldwide stardom, CM Murphy influenced the lives of many around the globe with his endless passion and drive. He will be greatly missed.”

The members of INXS also released a statement on Chris Murphy’s passing.

“It is with great sadness that the remaining members of INXS mourn the passing of our brother, Chris Murphy. Without Chris’s vision, passion, and hard work, the INXS story would be totally different. Chris’s star burned very bright, and we celebrate a life well lived and send all our love to his family.”

INXS rose to stardom inside Australia, selling millions of albums worldwide. Their 1987 album Kick has sold more than seven million copies. The follow-up X released in the 1990s was also a huge success. INXS frontman Michael Hutchence died in 1997 at age 37.

Chris Murphy was instrumental in the band’s success by negotiating a deal with an American label. The band went with Atco and later Atlantic, which likely helped them become break-out successes. Murphy has recounted in interviews that Atlantic was reluctant to release kick at first. The label offered the band $1 million to re-record the album.

“Kick sounds like four different bands playing. There were big ballads, riffy rock, funk. Kick is brilliant, but it’s all over the place, and I thought, ‘How am I going to pull this together into any kind of campaign?'” Murphy recalls in an interview.

Chris Murphy says he never really celebrated the band’s successes with them.

“After they’d play a huge show at Madison Square Gardens in New York, they’d hit the clubs. I’d go back to my hotel room and work on my plan on how to get them up to the next level,” he said at the time.

In 1988, Chris Murphy launched the independent label rooART. That label was home to Crash Politics, Ratcat, You Am I, Wendy Matthews, The Hummingbirds, and The Screaming Jets. Soon Murphy took a ten-year hiatus, selling all of his music assets. He returned to established Petrol Electric Records in 2001.