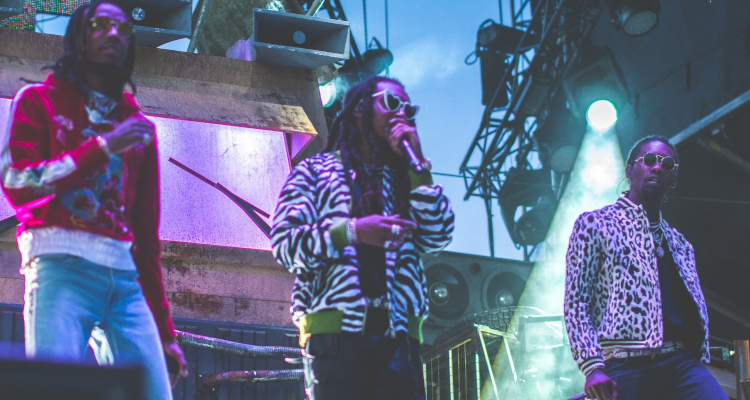 Georgia-based hip-hop trio Migos have officially settled the firmly worded lawsuit that they filed against “a self-absorbed shyster lawyer” in July of 2020.

According to the 22-page-long complaint, which Migos submitted to a California federal court, one Damien Granderson “is the personification of a self-absorbed shyster lawyer who saw his clients as a mechanism to get rich by any means necessary.” Granderson, who began representing the “MotorSport” creators during their “early days” in music, closed a number of deals on Migos’ behalf, per the suit.

But these agreements were unfavorable for Migos, the legal text indicates, and were designed to benefit Granderson and his “higher-priority” client, Quality Control Music, which was also Migos’ record label. The Migos-QCM contract itself was “extremely unreasonable” because it provided the latter with “far-above-industry-norm compensation” and didn’t allow Migos to end the union so long as Atlanta-headquartered Quality Control obtained “successive record deals within 15 months,” the document relays.

Also, as QCM could “enter into distribution agreements with any record labels it chooses, on any terms it chooses,” it had the ability to unilaterally extend the contract “forever.”

The defendant allegedly “schemed to betray his clients” and enhance his and Quality Control’s earnings, including by failing to inform them (or obtain a conflict waiver) of the dual representation and by initiating a legal conflict with Warner Music’s 300 Entertainment to move Migos (and other Quality Control acts) to Universal Music’s Capitol Records, for distribution.

The plaintiffs state in the suit that this courtroom confrontation contributed to the substantial delay between Yung Rich Nation, which released at July of 2015’s end, and its Culture follow-up effort, which became available to fans in late January of 2017.

Moreover, Granderson – who worked in Beverly Hills despite allegedly being unlicensed to practice law in California between 2014 and 2019 – purportedly switched to Capitol/UMG because it “was highly desirable for QCM,” the plaintiffs note, as he arranged “for much of the proceeds of Migos’ future work to flow to QCM through a secret side agreement with Capitol Records.”

The QCM-Capitol deal – Migos’ Culture II (2018) was distributed by Capitol, and their upcoming fourth studio album is tentatively set to follow suit – brought QCM “enormous sums of undisclosed profits.” Plus, the defendant allegedly renegotiated Migos member Quavo’s Universal Music Publishing Group agreement with “less favorable” terms for the artist, despite his having “more leverage in the second negotiation.”

Finally, Granderson was allegedly “careless and negligent” when negotiating certain deals for Migos, including a merch agreement with a company. Though said contract was meant to be non-exclusive, the other involved entity “was granted a perpetual, exclusive license to distribute” Migos products, and Granderson allegedly provided overlapping distribution rights to another company thereafter. The former entity then sued the hip-hop group for allegedly violating the terms of the initial merch license.

Now, Migos has officially dropped the suit against Granderson and his law firms, though the involved parties (including Quavo, Offset, and Takeoff themselves) hadn’t commented publicly on the terms of the settlement at the time of this piece’s writing. In late December, Cardi B (wife and frequent collaborator of Offset) won a $30 million lawsuit against her own former manager.