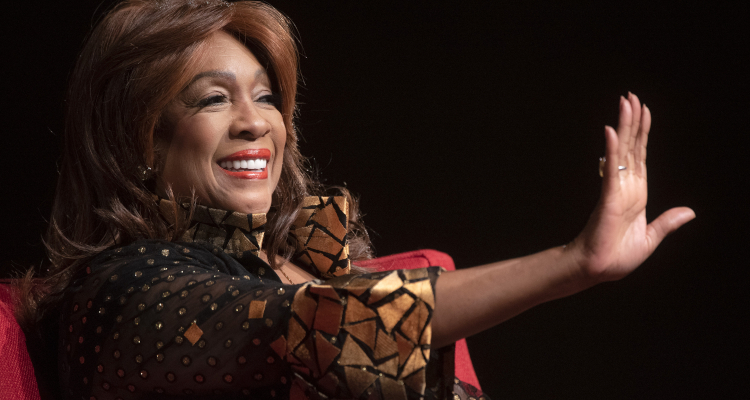 Motown legend and The Supremes cofounder Mary Wilson has passed away at the age of 76.

Wilson’s publicist, Jay Schwartz, confirmed the unfortunate news in a statement, noting that the Rock and Roll Hall of Fame inductee had passed in her sleep while at home in Henderson, Nevada. The Greenville, Mississippi-born singer’s cause of death hasn’t yet been identified, but as many grieving fans have observed on social media, her final tweet (announcing that she’d contributed vocals to a charity track entitled “You Are Not Alone”) was published on January 29th.

Mary Wilson cofounded The Supremes (known as The Primettes until securing a Motown Records deal in 1961) in 1959, at the age of 15, including by recruiting the 13-time Grammy nominee (and one-time Grammy winner) Diana Ross. The Supremes achieved major commercial success with tracks including “Come See About Me” (1964), “You Can’t Hurry Love” (1966), and “You Keep Me Hangin’ On” (1966), to name just some. Mary Wilson was the only original member who remained part of the world-famous group until it disbanded in 1977.

Wilson also released two albums as a solo artist, a self-titled project in 1979 and 1992’s Walk the Line, and penned a history of The Supremes, Supreme Glamour, in 2019. That same year, she competed on the 28th season of Dancing with the Stars.

Many fans, professionals, and companies are taking to social media to celebrate the life of Mary Wilson.

“To a female trailblazer and forever Sweetheart of Motown, who brought many timeless records for generations to come – Thank You,” wrote Universal Music’s Motown Records early this morning. “Your art and your legacy will forever live on in the Motown story. From our Motown family, rest in paradise.”

“I just woke up to this news , my condolences to you Mary’s family ,I am reminded that each day is a gift ,I have so many wonderful memories of our time together ‘The Supremes ’ will live on ,in our hearts,” stated Diana Ross.

“Founding member of MOTOWN’s Supremes, whose songs lifted so many of us up, in an era when we were reaching for a voice of our own in an unwelcoming world,” penned astrophysicist Neil deGrasse Tyson, who included a photo of him and Mary Wilson with the message.

“Another angel left us. Mary Wilson (singer with the Supremes) a very sweet friend of mine has passed and I am sad for me but happy for her. Enjoy your next life my dear,” tweeted Tommy Chong.