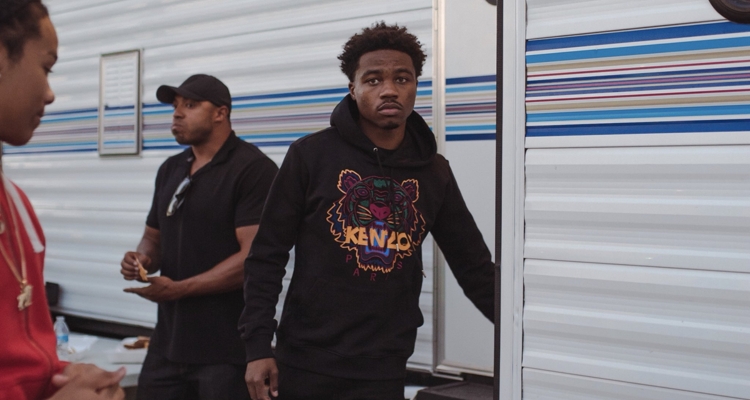 An Alabama rapper was arrested in connection with the shooting at a Roddy Ricch music video set last week.

OMB Peezy was arrested on Monday and charged with aggravated assault with a deadly weapon. He was also charged with possession of a firearm during the commission of a crime. Digital Music News reported on the shooting in February.

Rappers Roddy Ricch and 42 Dugg were filming a music video at a scrapyard in southwest Atlanta. After gunshots broke out, someone called the police. Police arrived on the scene to find two men injured by gunfire. Another man was injured by flying shrapnel. According to Atlanta police spokesman Anthony Grant, all three men are in stable condition, and neither Roddy nor Dugg were wounded.

Fulton County Sheriff’s Office spokeswoman Tracy Flanagan confirmed OMB Peezy’s Arrest. Real name LeParis Dade, he was booked into the Fulton County Jail with a $60,000 bond. According to the sheriff’s office, Dade must wear an ankle monitor and surrender his passport before he can post bond.

OMB Peezy’s following is largely online, where he has a YouTube account with over 550,000 subscribers. He posts music videos, cooking, and advice videos for his fans. His best-known song on the platform is “Big Homie,” which has garnered 32 million views since it was uploaded.

The Roddy Ricch shooting is just one of many incidents involving rappers in Atlanta.

In February, rapper CyHi took to social media to detail his experience of being targeted. “Today is a day about love, but in my city (the city of Atlanta) there’s no love here anymore,” he starts. “A couple of nights ago there was an attempt on my life – somebody tried to gun me down on the highway. I tried everything I could do to lose them, but they were adamant about taking me off this earth,” CyHi the Prince told his Instagram followers.

“They were shooting at me while I was driving and even after my car flipped, hit a pole and crashed into a tree. They came back and shot the car up some more. The rapper posted the story alongside a picture of his wrecked vehicle.

Atlanta is also facing an uptick in illegal street racing around the city, too. In December 2020, four people were arrested, and 168 others were cited in a single weekend. Drag racing-related charges are happening on local streets and major highways.