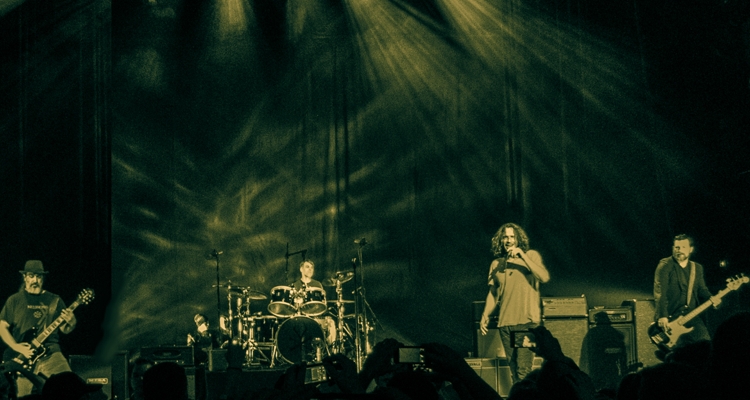 Soundgarden has asked a judge to return control of their social media accounts from Chris Cornell’s widow.

Vicky Cornell sued the band in February 2021, claiming the group offered a “villainously low” offer for her stake in the band. Cornell says the band offered to purchase her stake inherited from her late husband for $300,000. That’s after the band received an offer of $16 million from an unnamed party for the band’s recorded music catalogue.

During that lawsuit, Vicky Cornell’s lawyer revealed Cornell offered the band $21 million for their own shares. They turned the offer down, according to Cornell’s lawyer, because “they know that they will make even more off of future exploitation of the music that Chris wrote and the legacy that he created.”

“Since then, the band members have continued to try to settle all disputes with the Cornell Estate, and in their several attempts to settle, the band members have elected to offer multiple times more than the amount calculated by Cohen. This dispute has never been about money for the band. This is about their life’s work and their legacy.”

Cornell has requested that the courts determine a price for her inherited Soundgarden assets that is based on several things that may or may not happen in the future.

That includes the value of Soundgarden’s master recordings, future merchandise sales, potential tours with a new singer, and possible hologram performances that may feature Chris Cornell. The hologram clause even mentions deepfakes of Chris’ vocals created from already existing recordings.

Now the band, including Kim Thayil, Ben Shepherd, and Matt Cameron, seek to regain control of the Soundgarden social media accounts. Last week, the band and their business manager filed papers in Washington State U.S. District Court accusing Cornell of locking them out of social media.

The band says if it doesn’t regain control of the accounts, it wants a disclaimer put up. “Soundgarden has temporarily suspended its official social media accounts due to pending litigation.” Soundgarden says the accounts have withered under Vicky Cornell’s control, due to Vicky removing comments by fans.