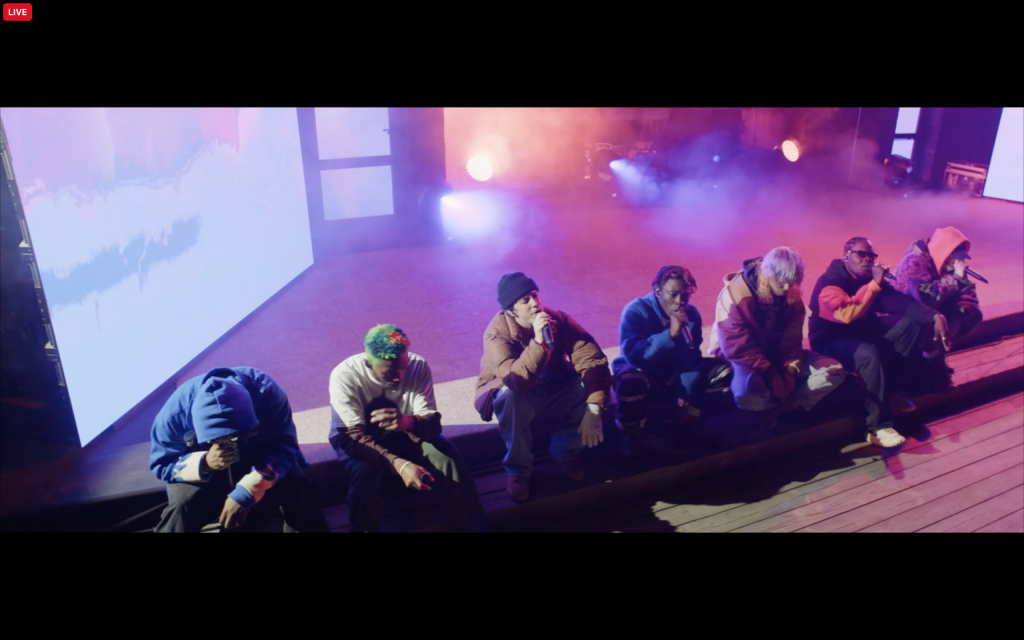 Screenshot: BROCKHAMPTON Live from The Chapel livestream on Moment House

On April 9th, BROCKHAMPTON performed a livestream ‘moment’, Live from The Chapel, at Rick Rubin’s Shangri-La Studios in Malibu. The group performed tracks off their newly released album, ROADRUNNER: NEW LIGHT, NEW MACHINE. The ‘moment’ felt more like watching a movie than any regular livestream by how the group portrayed a specific scene to match each track performed.

BROCKHAMPTON released their new album the night before the livestream. This allowed fans to hear the new tracks and get even more excited to listen to the new music live. The tracks off ROADRUNNER had a new sound for the group with special guest features from Baird, A$AP Rocky, A$AP Ferg, Danny Brown, and more. Tickets for Live from The Chapel were priced at $15, excluding service fees.

The show opened with bearface sitting on a white horse performing a cover of  James Taylor’s “You’ve Got A Friend” as the camera slowly panned out to show the band and accompanying choir. It was obvious from this point that the Moment House production was going to make this BROCKHAMPTON performance out to be much more than just your average livestream.

Kevin Abstract, a founding member of BROCKHAMPTON, tweeted that they shot the show with anamorphic lenses on an Alexa Mini camera. The way it was filmed gave viewers the feel of watching a movie. Each performance during the show could be seen as unique live music videos for each track.

Following the slow-paced cover track, Kevin Abstract came out on a separate stage, completely amping up the energy with “Buzzcut.” The camera work was switching from angle to angle, giving that bounce feeling along with the song. As Danny Brown was not there to perform with the group, BROCKHAMPTON’s Dom McLennon performed his own verse. Right off the bat, the group was in sync with each other’s movement and readiness to be back performing live. JOBA cooled down the track with his high range riffs leading into “Chain On,” where special guest JPEGMAFIA came out to perform with the group. 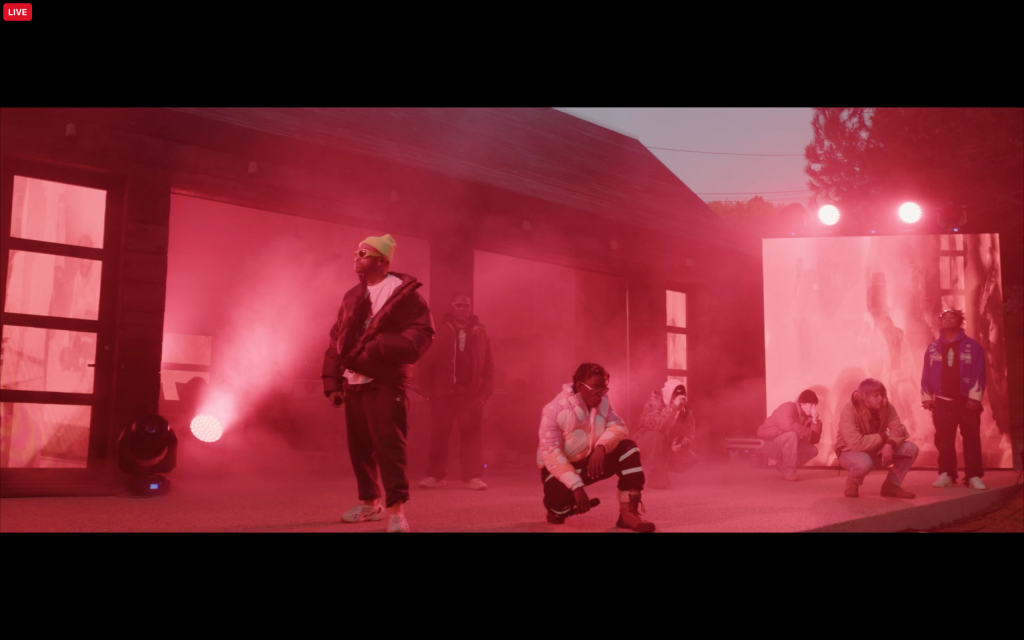 Screenshot: Live from The Chapel livestream on Moment House

After performing a few new tracks, fans in the chat got hyped as they started to perform a classic song off their SATURATION III album, “Bleach.” From that point forward, there was a mix of performances between the new tracks off ROADRUNNER and popular tracks from their previous albums SATURATION II and GINGER. 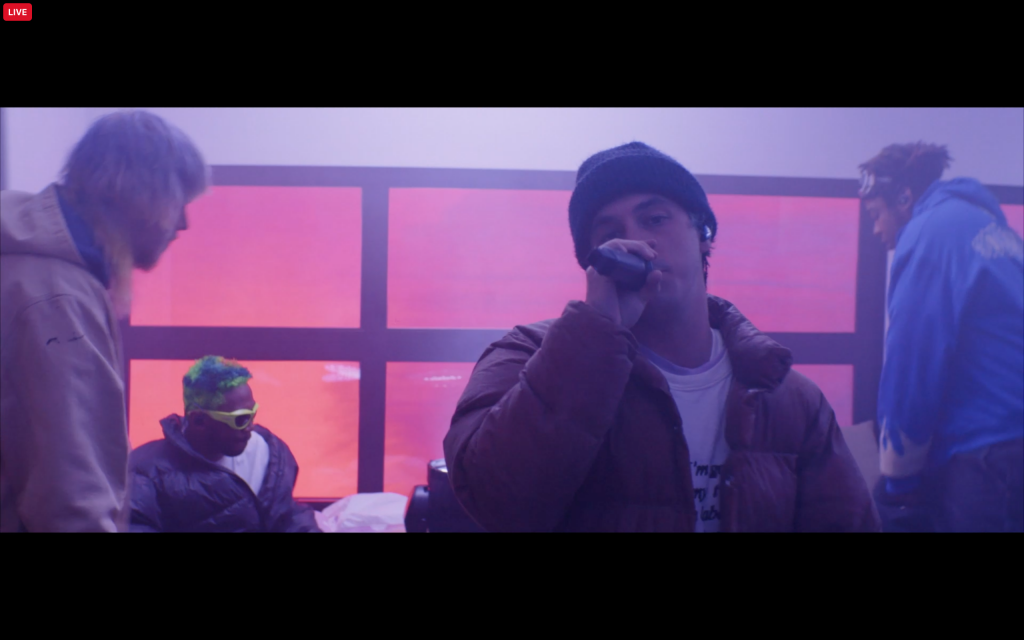 Screenshot: Live from The Chapel livestream on Moment House

Switching stages again, JOBA began to perform “The Light.” The first half of the track was a solo until Kevin came back out to perform his own unreleased track, “Texas Watchin’ Me.” Each of the tracks had fans praising the two in the live chat.

My personal favorite of the show was when Kevin Abstract, JOBA, and Matt Champion were jamming with the band to the “Chain On” chorus, and Merlyn Wood came up for a freestyle. Viewers got a chance to see them having fun and laughing with each other on stage, almost as if we were there in Malibu getting to experience this in person.

With a couple more set changes from “When I Ball” and “Don’t Shoot Up The Party,” they closed off the show with a powerful performance of “The Light PT. II.” The track reflects on individual experiences from both JOBA and Kevin’s personal lives and struggles.

It was hard not to feel their emotions during each of their verses and hear how they sublimely present their realities into their music. You could tell from all their energy that they were more than ready to be back on stage throughout the whole show. The group’s energy made it easy to engage with the performances and sing along to their tracks, wanting to match your energy along with them. To see the group flawlessly perform every track would have anyone itching to get back to a live music show soon.

Last week, Kevin had let fans know that only two albums were left for the group to release before their split. With ROADRUNNER: NEW LIGHT, NEW MACHINE out, there’s one left for BROCKHAMPTON to release later this year.

Live from The Chapel, BROCKHAMPTON Setlist:

You’ve Got A Friend (cover)

I’ll Take You On

Don’t Shoot Up The Party