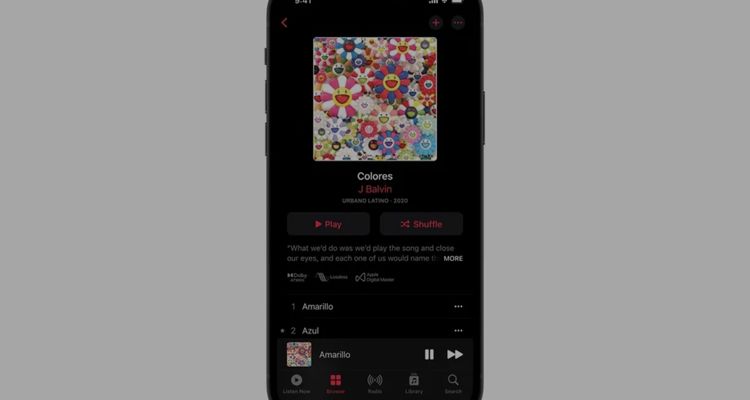 Apple Music is getting lossless audio support next month, at no added cost to subscribers.

Apple made the announcement this morning, saying it is bringing support for spatial audio, too. The features will be available for free to all subscribers, including those on the family and student plans. Apple says it will have a catalog of 75 million lossless audio songs by the end of the year.

Apple has confirmed that lossless audio is exclusive to its Apple Music streaming service. That is, Apple won’t offer lossless audio files for purchase, nor is there a way to upgrade purchased tracks to match lossless streaming quality.

How to Enable Lossless Audio in Apple Music

iOS users must have an active, paid Apple Music subscription. Users can navigate to Settings > Music > Audio Quality to find the various options for different connections.

Apple Music lossless audio starts at CD quality, 16-bit at 44.1 kHz, and goes up to 24-bit at 48 kHz natively on Apple devices. The catch is that the highest-quality lossless experience will require an external DAC to enjoy the improvement in sound. Apple’s ‘Fisher Price’ devices (Neil Young’s words, not mine) aren’t capable of processing truly high fidelity lossless audio without an external DAC.

While the addition of lossless audio to Apple Music is great, spatial audio is the future.

Spatial audio with Dolby Atmos support will make it easier than ever to re-live live music experiences. Anyone listening to Apple Music using Beats or AirPods devices with an H1 or W1 chip will hear the full spatial sound stage.

Spatial audio is enabled on the latest iPhone, iPad, and macOS devices by default. You can turn on spatial audio support for headphones by navigating to Settings > Music > Audio and turn the ‘Dolby Atmos’ setting to always on.

Apple is taking a big step in making its lossless audio files free for all subscribers. It gives the service a leg-up over Spotify – which is poised to announce a new HiFi tier. Amazon Music, Tidal, and Deezer all charge more for a lossless audio experience.

At this point, Apple Music represents a better value on Android devices than Google’s offering. I’ve personally never been a big fan of the locked-in ecosystem of iOS devices – but lossless audio with no additional cost and no podcasts jammed down your throat seems pretty nice. Spotify is making missteps that may cost it its worldwide lead in music streaming if it is not careful.