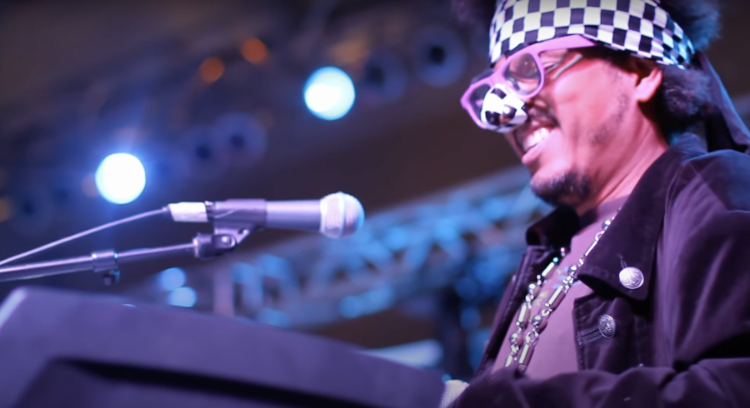 Autopsy details have now emerged on hip-hop pioneer Gregory Jacobs, aka Shock G, who died in April of this year.

The ultra-powerful opioid fentanyl has now claimed another musical phenom, according to autopsy details emerging today. Shock G, an early hip-hop pioneer who introduced the world to Tupac Shakur and ‘The Humpty Dance,’ died in April from a massive overdose involving a cocktail of fentanyl, methamphetamine, and alcohol.

Shock G, whose real name was Gregory Jacobs, ingested the mixture ‘accidentally,’ according to the report from the Hillsborough County Medical Examiner. In other words, this wasn’t a suicide and foul play wasn’t involved — but Jacobs was clearly testing the limits of his body.

It’s unclear what levels of each drug were found in Jacobs’ system, though we’re assuming substantial quantities were involved. The intermingling of the various lethal substances didn’t help matters either, especially at elevated doses.

On April 22nd, Shock G was found dead inside his hotel room at the Vista Inn & Suites in Tampa, FL. According to reports from hotel staff who observed the musician prior to his death, Shock G appeared healthy and active prior to that point. When Jacobs failed to check out on the afternoon of the 22nd, hotel staff entered the room and found Shock G unresponsive.

Shock G, whose biggest impact on hip-hop music and culture came in 80s and 90s, died at 57. The legendary producer and rap personality first splashed onto the scene with Digital Underground, a group that — unlike most entertainers today — refused to take themselves seriously. That irreverence harkens back to a more buoyant and upbeat time in hip hop history, as anyone familiar with “The Humpty Dance” can attest.

Over the past few years, fentanyl overdoses — taken alone or in combination with other drugs — have led to the overdoses of Tom Petty, Prince, and Mac Miller, among others.

Just recently, rapper DMX also died from a lethal overdose that involved fentanyl. Like Shock G, a lethally-potent cocktail was involved (in DMX’s case, it was a mixture of crack cocaine, fentanyl, alcohol, prescription pills, and COVID-19 that ended the rapper’s life).

Earlier this week, a trial date for Mac Miller’s drug dealers was announced. All three dealers have been held without bail for more than two years, and accused of knowingly selling lethal counterfeit drugs laced with fentanyl. All three have pled not guilty to various federal narcotics charges.