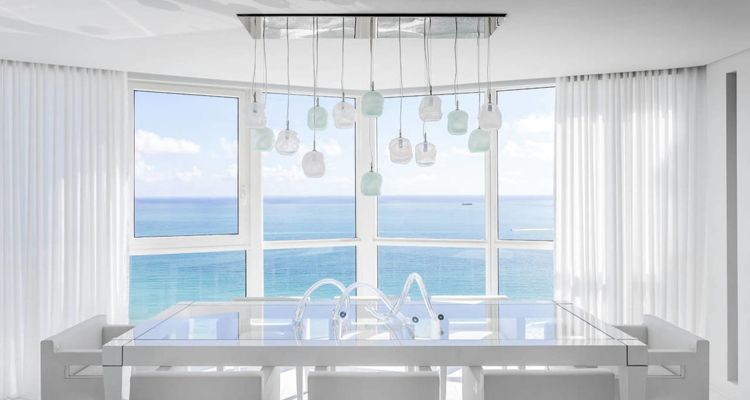 David Guetta has listed his 37th-floor apartment in Miami for a cool $14 million – crypto accepted.

French DJ and music producer David Guetta bought the high-rise flat for $9.5 million in 2018. The previous owner was Richard LeFrak, and the unit was bought in an off-market deal. The three-bedroom, three-bathroom condo has been an on-and-off residence for Guetta when he’s in Miami.

“When Mr. Guetta couldn’t find exactly what he wanted on the market, he made offers to several people who lived in units with similar vantage points to Mr. LeFrak’s at the Setai,” his agent told Mansion Global in 2018.

“Mr. Guetta liked that the 2,521 sq ft. unit had three exposures, meaning he could see the lights of the city at night and the ocean during the day.”

Guetta used the home as a part-time resident, renting the unit most of the time. The Setai allows high-end, short-term rentals and extended stays for guests. The condo was available for rent throughout the year for between $10,000 to $28,000 a week, depending on the time of year.

The listing for the apartment says cryptocurrencies like Bitcoin and Ethereum are accepted. Ethereum is the blockchain technology that has driven most (but not all) NFT activity in the first half of 2021. If Guetta nets the full $14 million asking price for the property, he will stand to profit $4.5 million from the sale. That’s about 385 Bitcoins or 6,220 Ether at current prices.

Miami is where electronic dance music and cryptocurrencies converge in the United States. The North American Bitcoin Conference takes place in the Florida city every year, attracting crypto enthusiasts to the city. This year’s Bitcoin 2021 conference was held in June 2021 and was the first physical gathering of crypto-enthusiasts in a year and a half.

The French music producer sold his catalog to Warner Music for $100 million. That deal also covers his future recordings, according to a report from the BBC. Guetta has sold more than 50 million records and has more than 14 billion streams across all platforms. He got his start as an underground DJ in Paris and Ibiza, making unauthorized remixes of David Bowe’s Heroes.

The two-time Grammy winner is often attributed to helping introduce America to European dance music. Guetta sold his master recordings in the deal rather than his songwriting rights. He’s the eighth most popular artist on Spotify and according to sources, had several interested companies for the rights to his songs.