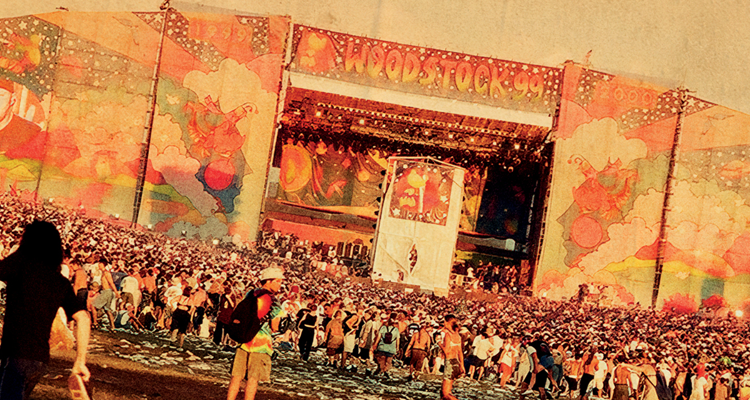 A documentary about the disastrous Woodstock 99 revival festival is headed to HBO Max this month.

Some of the talking heads in the Woodstock 99 trailer conflate what happened back then with what the vibe that is the current undertone of American culture. The documentary features interviews with organizers Michael Lang and John Scher.

The documentary also features interviews with some of the musicians who performed at the infamous Woodstock 99.

Roots’ Tariq “Black Thought” Trotter, Korn’s Jonathan Davis, Moby, Jewel, the Offspring, and Creed’s Scott Stapp all discuss the festival. It’s the first film in a new documentary series called Music Box. Music Box will feature pivotal moments or figures in the music industry. Other films that will arrive under the Music Box moniker include:

The Woodstock 99 festival is a shining example of how not to throw a music festival.

Around 220,000 people attended, with 10,000 working the festival. The weather situation created a need for water, which went for $4 a bottle. The free fountains were smashed due to lines and some attendees threatened to sue organizers for negligence.

The temperature outside was in the high 80s, but the tarmac and concrete at the Griffiss Air Force Base amplified that temperature. The 1.5-mile walk between the two festivals led to more than 700 people being treated for heat exhaustion and dehydration.

Another outrageous event during Woodstock 99 was Insane Clown Posse’s giveaway. ICP performed on a Friday night, throwing $100 bills into the audience. The crowd quickly erupted into a brawl over the money. Kid Rock took to the stage early Saturday and demanded that attendees pelt the stage with their plastic water bottles, further riling up attendees over prices.

A Fatboy Slim set had to be stopped after someone accidentally started driving a truck into the area. After a 10-minute delay, Fatboy Slim had fun with the event by playing a snippet of the 1974 hit, “Kung Fu Fighting.” Expect all of these events and more to be covered in the upcoming documentary, which is hitting HBO Max later this month. Check out the trailer above.