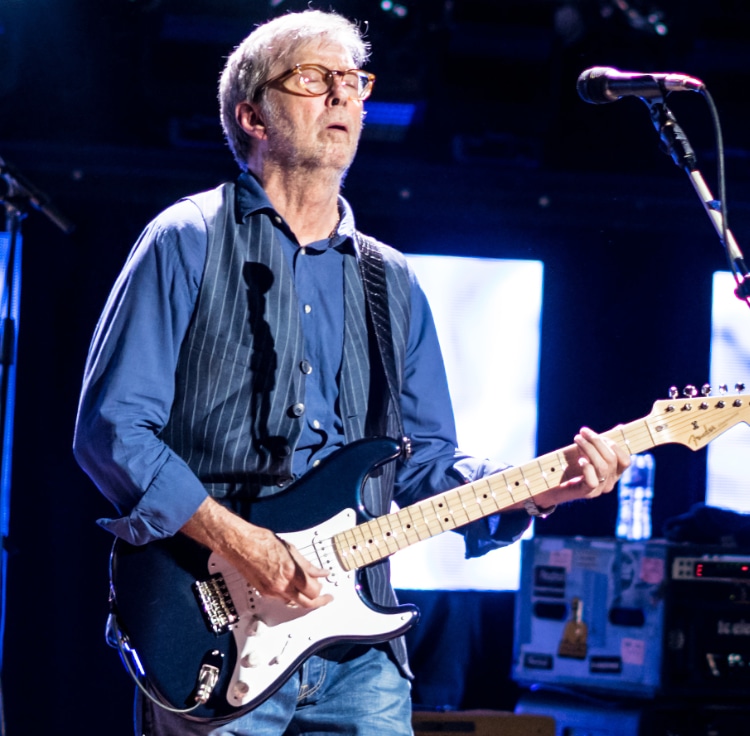 Eric Clapton is flatly refusing to play gigs that require a COVID vaccination for entry. “I reserve the right to cancel the show,” Clapton stated in response to a recent UK government order.

Superstars like Bruce Springsteen and Foo Fighters have both played shows to vaccinated-only audiences. Eric Clapton, however, refuses to put that requirement on future audiences.

Clapton’s declaration closely followed an order by British Prime Minister Boris Johnson requiring COVID vaccinations to enter nightclubs and other indoor venues. The order could potentially cover an upcoming Clapton gig at Royal Albert Hall in London, slated to happen in May of 2022. If the vaccination mandate is still in effect at that date, Clapton will cancel it.

“Following the PM’s announcement on Monday the 19th of July 2021,” Clapton stated on Telegram. “I feel honour bound to make an announcement of my own: I wish to say that I will not perform on any stage where there is a discriminated audience present. Unless there is provision made for all people to attend, I reserve the right to cancel the show.”

Clapton’s message also included a link to his anti-lockdown song, ‘Stand and Deliver,’ recorded with Van Morrison. Both musicians have been adamantly opposed to lockdowns in the UK, and Morrison has been especially vocal about loosening restrictions.

Clapton also has a slate of shows in the southern United States in September. The tour includes gigs in Texas, Louisiana, Tennessee, Georgia and Florida, though none of the listed venues require COVID vaccinations.

For Clapton, the declaration follows a harrowing experience taking the AstraZeneca vaccine.

“I took the first jab of AZ and straight away had severe reactions which lasted ten days. I recovered eventually and was told it would be twelve weeks before the second one,” Clapton reported.

“About six weeks later, I was offered and took the second AZ shot, but with a little more knowledge of the dangers. Needless to say, the reactions were disastrous; my hands and feet were either frozen, numb, or burning and pretty much useless for two weeks. I feared I would never play again. I suffer from peripheral neuropathy and should never have gone near the needle. But the propaganda said the vaccine was safe for everyone,” the singer continued.

After that experience, Clapton subsequently partnered with Morrison. But the guitar god reported that he’s been effectively ostracized from his social circle because of his views.

“I continue to tread the path of passive rebellion and try to toe the line in order to be able to actively love my family, but it’s hard to bite my tongue with what I now know,” Clapton wrote. “Then I was directed to Van. That’s when I found my voice, and even though I was singing his words, they echoed in my heart. I recorded ‘Stand and Deliver’ in 2020 and was immediately regaled with contempt and scorn.”