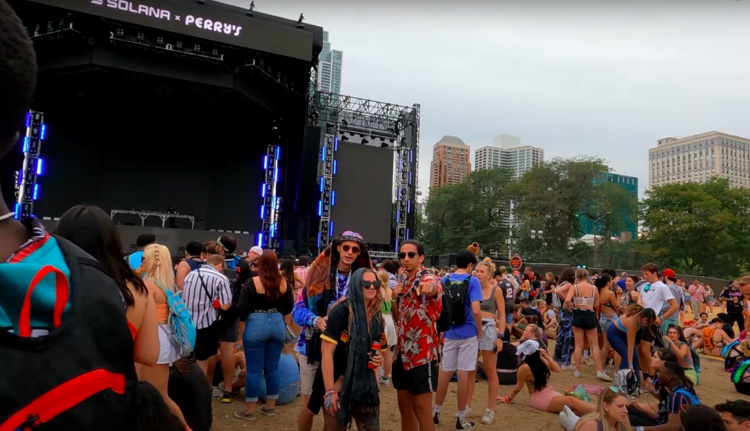 Lollapalooza has strict requirements for entry, including proof of a COVID-19 vaccination or a negative test. But with fears of the Delta variant escalating, Chicago officials have instituted an indoor mask mandate for the festival’s day 4.

If anything marked the triumphant return of live concerts in the United States, Lollapolooza was it. But now, with a surge in the Delta variant, the giant music festival is becoming a focal point for COVID concerns. Instead of representing a celebration of COVID’s decline, Lollapalooza is now being scrutinized as a potential ‘superspreader’ event.

As the event got underway, pictures of thousands of attendees packed tightly in front of Lollapalooza stages sparked the concern. With Delta infections surging, the decision to allow the event is now being questioned — though it remains unclear if the music festival will end up being a dreaded superspreader for Delta infections.

Either way, local health officials are taking action. After two days of Lollapalooza festivities, Chicago officials decided to clamp down with tightened restrictions. Specifically, Chicago Mayor Lori Lightfoot and Dr. Allison Arwady, who is the commissioner of the Chicago Department of Public Health, enacted an indoor mask mandate for all Lollapalooza attendees, including those who are vaccinated.

“Based on the latest advice from the Chicago Department of Public Health, Lollapalooza will require masks in any indoor spaces at Grant Park beginning Saturday,” Lollapalooza messaged attendees. “We encourage all fans attending the festival to bring a mask as they attend the final two days of the festival.”

Previously, unvaccinated attendees were required to wear masks at all times. But pictures from the inside revealed few masks being worn, suggesting lax adherence to this policy.

The late-stage tightening may reflect concern by Lightfoot and other public officials that Lollapalooza was a giant mistake.

Initially, Lightfoot was bullish on the festival and proclaimed the event safe. Illinois governor J.B. Pritzker even announced that he would be attending the event with his wife and friends. But Pritzker ultimately canceled.

Now, the mood is markedly different. “I think we made the best decision that we could as always, based upon the data and based upon our projections and modeling,” Lightfoot stated  when asked about her initial decision to allow the event.

“We felt very comfortable on June 11th, which was the date for fully opening up the city,” Lightfoot said. “We had been working towards that point, looking at trends in the data. So no, I feel like we made the right decisions, but we’re sounding the alarm today because we’re starting to see this uptick.”

Despite rising cases, there are plenty of reasons why Lollapalooza won’t end up being the dreaded superspreader. Lollapalooza officials reported that roughly 90% of attendees showed proof of vaccination, with an additional 8% showing a negative COVID-19 test. The other 2% were not allowed entry, though they would be admitted if they showed the required proofs at a later point.

But health officials at the CDC are now pointing to heavy viral loads in vaccinated people, which suggests that the virus can easily be passed around. Adding to the concern is that the Delta variant is far more contagious than the initial alpha version of the COVID-19 virus.