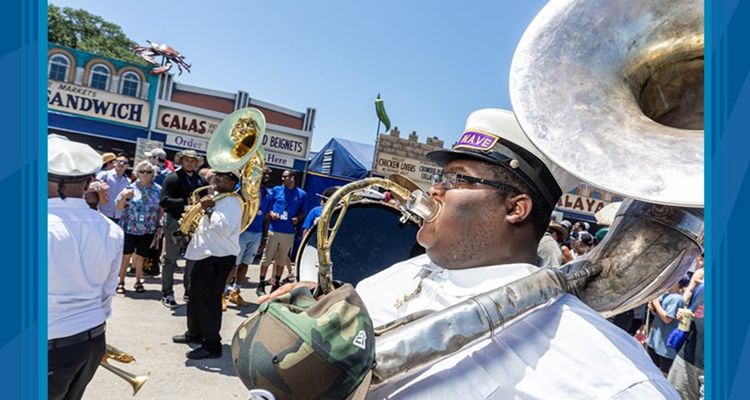 There has been a recent uptick in COVID-19 cases across the United States, partially fueled by the rise of the delta variant. The CDC has identified the new virus variant as being responsible for 80% – 87% of new COVID cases.

Louisiana is the fifth-least most-vaccinated state, with only 37% o its residents fully vaccinated. But the state is leading the country in new cases and infection rates, with over 6,000 new cases reported last Friday.

The rise of coronavirus cases has prompted the New Orleans JazzFest to be canceled.

“As a result of the current exponential growth of new COVID cases in New Orleans and the region and the ongoing public health emergency, we must sadly announce that the 2021 edition of the New Orleans Jazz & Heritage Festival will not occur as planned,” the announcement reads.

Organizers of the festival are looking to next spring as a potential return to normalcy in April. Ticket holders from this year and last year will receive emails about asking for a ticket refund or starting the rollover process.

The band revealed the news in a statement on social media. “Lynyrd Skynyrd is unable to perform the next four shows in Canton, OH, Jackson, MI, Atlanta, GA, and Cullman, AL. Longtime band member Rickey Medlocke has tested positive for COVID-19. Rickey is home resting and responding well to treatment. We will continue to update you on his condition.”

After their performance at the packed Lollapalooza, the band decided not to continue touring. “Out of an abundance of caution and concern for the safety of the band, crew, and most of all the fans, the Limp Bizkit show this Monday and the remaining August tour is being canceled,” the band told Rolling Stone.

“Refunds are available at their points of purchase. All tickets purchased online will be automatically refunded.” The band had eight remaining show dates left.

The Counting Crows canceled their Sunday night concert in Boston after a member of the band’s touring party tested positive for COVID-19. That show has now been postponed, along with one tomorrow in Ohio.