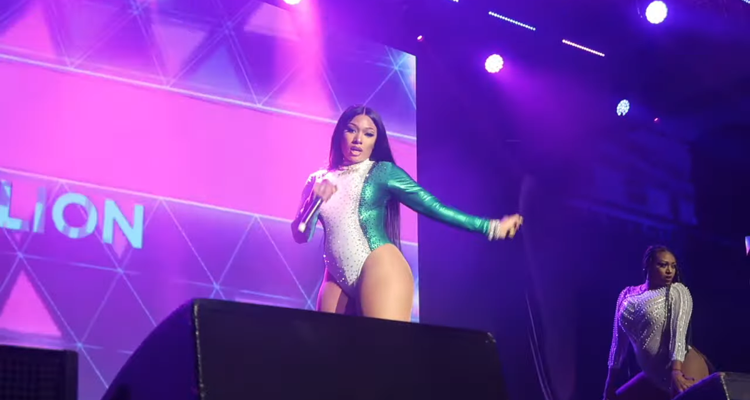 Megan Thee Stallion is clear to release her planned remix of the BTS hit, “Butter.”

According to a court filing, the rapper’s label was preventing the remix from being released. Megan Pete filed a petition against her record label, 1501 Certified Entertainment and its CEO, Carl Crawford. The petition seeks “emergency relief from the Court before August 27 to allow new music to be released this week as previously scheduled.”

“If Pete is not allowed to release a new track this Friday on which she is the featured artist in a remix with BS of the song called, ‘Butter,’ her music career will suffer irreparable damage, including a devastating impact to her relationships with fans and with other recording artists in the music industry,” the filing reads.

“Such irreparable injury to her personal goodwill and the silencing of her artistic expression in music cannot be compensated in the way of monetary damages. As such, Pete seeks emergency relief from this Court.”

She was granted a temporary restraining order after the label allegedly prevented her from releasing her EP Suga. The rapper is still under contract with 1501, and her recordings are distributed by 300 Entertainment despite ongoing legal action. The new court petition argues that preventing her from releasing the “Butter” remix is a violation of that restraining order.

“The release of new music from Pete is vital to maintain her status as a relatively new but still up and coming artist,” the filing argues. “Absent immediate help from the Court, Pete’s art will be impacted, the release of the song derailed, and Pete’s goodwill, reputation, and overall career will suffer detrimental, undesirable, and irreversible harm.”

Megan Thee Stallion is counting on the exposure to the international BTS fanbase to boost her own.

It’s a huge move for her career, but she believes her label is trying to force her to pay them to sign off on the song’s release. She’s now been given the all-clear to release the “Butter” remix – with a Texas judge ruling in favor of the rapper.

Carl Crawford took some of his $171 million in baseball earnings to found 1501 in 2017. He signed Megan Thee Stallion in early 2018, but in September 2020, the star inked a management deal with Jay-Z’s label Roc Nation. That has led to a prickly relationship between the rapper and her label.