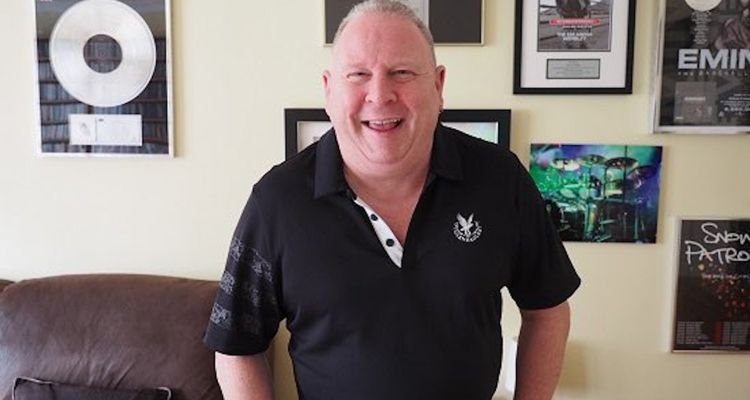 Condolences for booking agent Steve Strange are pouring in across social media following news of his passing.

Strange worked with artists across all genres, from Eminem to Coldplay and more. The booking agency Strange worked to found in 2005, X-Ray Touring, confirmed the news. “X-Ray Touring are deeply saddened to announce that Steve Strange, one of the founding partners of the agency, has passed away after a short illness,” the statement reads.

“We have lost a legendary figure in our personal and professional lives that we will all deeply miss. Steve was a unique individual within our industry, his overwhelming love of music led to a 30-year career guiding the touring of an eclectic mix of artists from all genres of music that he adored.”

“Rest in the music dear Steve Strange,” the official Garbage Twitter account shared as the news circulated. “Fine promoter and a great friend to musicians around the globe. You will be missed sir.”

Frank Turner offered his condolences, saying “profoundly shocked and saddened to hear of the passing of Steve Strange of X-Ray Touring. An absolute giant of the industry and a kind and friendly heart. RIP.”

“Absolutely heartbreaking news,” writes Tim Burgess. “Our agent, our friend, and one of life’s most gloriously upbeat people. You will be missed, celebrated and remembered so fondly. Goodnight big man.”

“We are devastated by the news of our dear friend Steve Strange’s passing,” Coldplay shared on Instagram. “A giant of the music industry and the cornerstone for so many bands’ and artists’ careers, including ours.”

“So shocked to hear of the tragic passing of my dear friend and live agent Steve Strange, a true legend in live music and a totally unique and individual character, who lived for music,” shared UNKLE.

“We are all heartbroken that our beloved agent has sadly passed away,” writes The Charlatans.

“I lost a dear friend, legend, and fellow countryman today,” says Ricky Warwick. “I’m so sad. Steve Strange I will miss that unmistakable infections laugh, your positivity and kind heart.”

“I can’t believe we have lost Steve Strange. He was an absolute icon in the world of music. He was a fan of all music genres who was at the top of his game. I’ve lost a true friend and the industry has lost a larger-than-life character,“ says Neil Warnock, MBE, Head of Worldwide Touring for UTA.