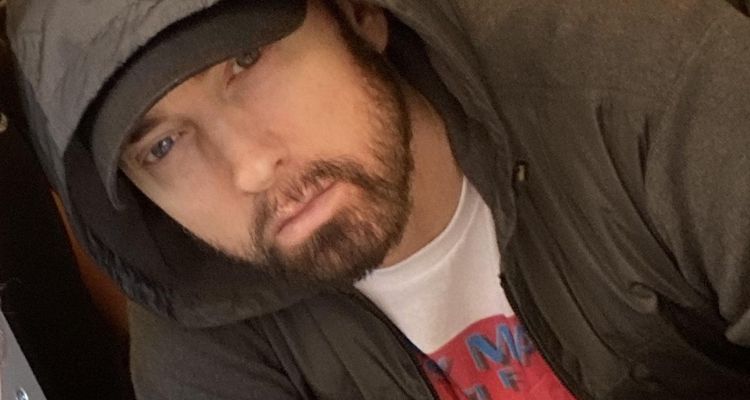 The restaurant is inspired by a lyric from “Lose Yourself,” one of the rapper’s most popular hits. The Detroit rapper treated the first ten fans in line to their box of spaghetti and a selfie. After that, the rapper was chased down the street as he tried to leave. Eminem declined to answer any questions as he served fans at the window.

Fans of the rapper lined the blocks ahead of the restaurant’s 5 pm opening. Many had camped out at the Woodward Avenue location since that morning for a chance to try the new food. Mom’s Spaghetti is a walk-up window in an alley between Union Assembly and the Fillmore in downtown Detroit.

The restaurant stays true to its name, serving up mom’s spaghetti and mom’s spaghetti with meatballs. There’s also a spaghetti sandwich and a vegan option, for those who don’t eat meat. The vegan meatballs are made with black beans, quinoa, and sweet peppers.

Mom’s Spaghetti is a partnership with Union Joints Restaurant Group (UJRG) and managing partner Erich Lines. They describe the eatery as a ‘small bodega space’ with limited seating. “The opportunity to build a permanent location based on an incredibly meta-reference was one that everyone at Union Joints, as a Metro Detroit Restaurant Group, took very seriously,” says Curt Catallo, co-owner of UJRG.

“We’re proud of the fact that we created a scratch sauce that tastes like it’s straight from the jar, and wok-firing the noodles gives it that leftover spaghetti snap,” Catallo says. The second floor features a merchandise store called ‘The Trailer’ with vintage Detroit apparel, Shady Records shirts, mugs, and other Eminem merch.

The store will also exhibit rotating items from the Eminem archives. Currently on display include the rapper’s superhero costume from his “Without Me” music video and a pair of custom Nike Air Jordan ‘Shady XV’ sneakers. Catallo says The Trailer is “something that belongs in Detroit, and it feels right at home in this space.” Only eight customers can enter the space at a time.

The permanent installation of Mom’s Spaghetti comes after a 2017 pop-up was a huge success. “Previous pop-ups were really a test for us to determine whether there was enthusiasm for a regularly occurring Mom’s Spaghetti spot that would be open all year long,” confirms Paul Rosenberg, Eminem’s manager.