Tatted Swerve, a Rising Artist from NYC, Is Storming the Internet with His Rap 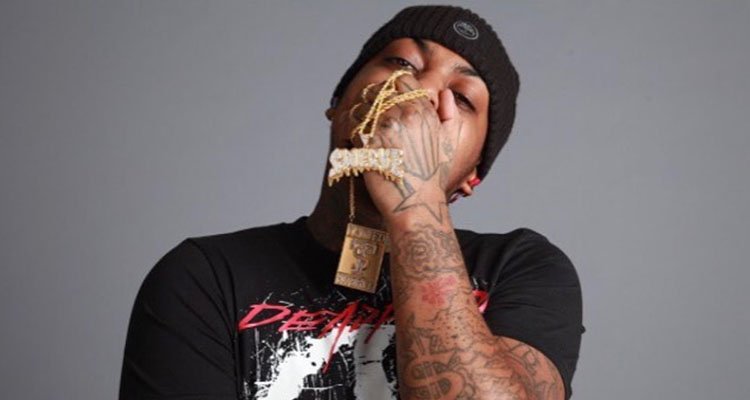 The music industry has always survived on new trends.

The following comes from Ascend Agency, which has partnered with Digital Music News to bring you this profile on Tatted Swerve.

With the advent of social media, the industry has received a pool of fresh talent who fearlessly introduce unique compositions that become viral trends. The singer and rapper Tatted Swerve is a rising name in the space. The new rapper from NYC is taking the internet by storm with his unconventional rap that incorporates subtle undertones of hip-hop.

Tatted Swerve started his journey into the music industry as a live performer. He grew up in a neighborhood that was riddled with crime. People in his surroundings had a narrow mentality and hardly ever thought out of the box. Since childhood, Tatted Swerve was different. He had big dreams and always knew he had to work harder to escape his dire surroundings. He found his calling in music but did not know how to navigate the industry.

He had the talent and the voice but no ears. This is where he struggled a lot initially to find his audience. Live shows became a boon in his life. It was a platform that allowed him to interact directly with the audience and cheer them up. This experience enthralled Tatted Swerve until the pandemic hit, and everything changed overnight. As all his live shows were canceled, Tatted Swerve took to social media to stay connected with his audience.

Within a short period, he developed a huge fan following on social media by showing off his unique talent. Hailing from the land of hip-hop and his unwavering love for rap, Swerve’s unconventional cross-genre compositions left the audience craving for more. His collab performance with renowned music artist and rapper Coi Leray became an instant hit across all music streaming platforms. The song received an overwhelming response from the audience and earned loads of hits within a few weeks of its release. Swerve’s performance in this song also brought him positive recognition from music enthusiasts across the world.

With his newfound success on social media, Tatted Swerve is set to rock the scene with more cutting-edge music. He feels rap has enough room for creativity that is yet to be explored. He wants to blend international sounds with rap to create soothing yet cutting-edge music. With more projects in the pipeline, Tatted Swerve is working hard to live up to his audience’s expectations.

He wants to continue entertaining audiences with his music through social media, but the live stage will always be his calling. He believes that the feeling of an artist performing in front of live audiences is second to none. Even though our current situation and “new normal” is still making it difficult for him and other artists across the world to perform live, he desperately wants to make a comeback through digital live concerts. Even if it has no audience cheering with him, Tatted Swerve will be content to know that he is being watched live by millions of music lovers from the comfort of their homes.

Tatted Swerve aspires to work with more popular artists in NYC in the coming years. To him, his career has just begun, and there are endless possibilities in the music industry that he will be exploring with time.