Sven Andrew Is Achieving Great Success in The Music Industry 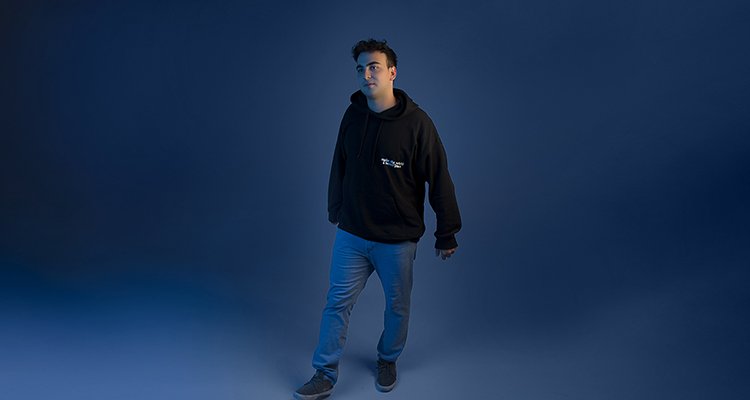 The music industry has been setting and breaking trends almost every day.

The following comes from Ascend Agency, which has partnered with Digital Music News to bring you this profile on Sven.

Thanks to the advent of social media, talents are no longer dependent on labels to find their audiences. This platform came as a huge opportunity for talents across the world to become fearless about something they believe in. They can showcase their creativity without following standards, and that’s what is trending now. Sven Andrew is one such artist who belongs to the fresh crop of musicians who dare to be different. He is unique in his compositions, lyrics, and even videos.

Sven Andrew has pursued his passion for music with relentless hard work for years. All that dedication and persistence finally paid off. Today his music video, “I’m Not Alright,“ has earned more than 150,000 views on the YouTube platform and more than 250,000 on Instagram. It was also nominated at the Berlin Music Video Awards in the top final section.

His accomplishments don’t end here. Sven’s other songs also earned more than 50,000 views on YouTube, gaining him a huge fan following on social media. He was also part of a tour in Indonesia.

The feeling of cheering from his audience and performing in front of them live was enthralling. He was slowly planning to go on more tours when the pandemic outbreak turned his life upside down. The release party of his album, scheduled in March 2020, was canceled, and his live performances were also postponed. The situation was heartbreaking for the artist but he used it as an inspiration to create.

Sven Andrews penned the lyrics for his single “Hope” during the pandemic lockdown.

Besides “Hope,” Sven has also penned several other songs that were outright realistic. He never wanted to portray an ideal state of the world to the audience where everything is perfect. Rather he loves to talk about socio-political issues that are disrupting normal life. Most of his songs have blazing lyrics on social injustice that question the level of sanity of the whole of humankind.

Apart from his searing lyrics that have pulled a separate fan following, Sven is also known for blending and creating unconventional genres. He never sticks to standards, and thus he deftly leaps from indie-pop to electronic rock. The result is always electrifying and energetic music that enthralls the audience. He is unapologetic about his approach to music. It is more intuitive and non-conformist, which helped him stand out from his contemporaries in the industry.

The young artist is also popular for his versatile talent. He is an independent artist who creates his songs single-handedly. From lyrics to recordings, shooting, video editing, marketing, and booking gigs, Sven handles it all. He doesn’t depend on a team to reach his audience the way he wants.

Going forward, Sven wants to continue creating more unique and fresh music to keep audiences engaged on his social media handles. He is hopeful of resuming his tours once the situation goes back to normal.