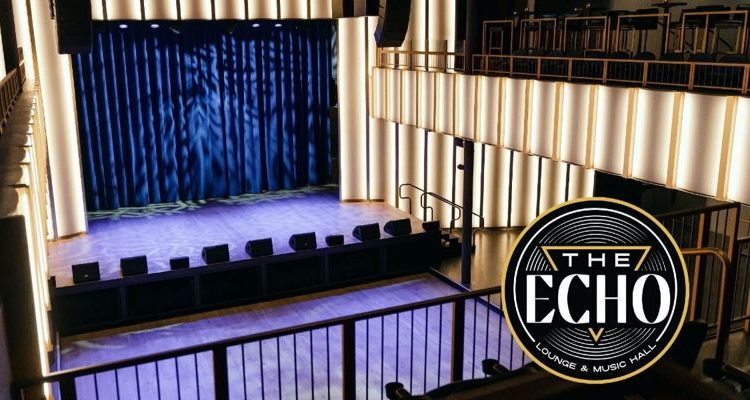 “The Echo Lounge & Music Hall is going to be a great new venue for artists to play in Dallas,” says Michael Rapino, CEO of Live Nation. “There’s a lot of opportunity to bring more concerts to the city, and we really value having the hometown partnership with Mark Cuban and the Mavericks in creating this space.”

The Echo Lounge & Music Hall has recently completed construction. It will open its doors this November with over 19 artists already slated to perform at the new concert venue. Tickets for these shows are available for sale at LiveNation.com.

The concert venue is situated in the busy Design District and has been reimagined as a space for epic live shows. The venue features a main music hall, lounge, and an outdoor patio. VIP Experiences are also available, including a private entrance, access to the VIP Club, personal concierge service, and more. The Echo Lounge can also be rented as a private space.

“I’m super excited for the opening of the Echo Lounge & Music Hall,” says Mark Cuban. “This takes the Design District to the next level in its move towards being an entertainment destination. And, with the tunnel between the American Airlines Center side and Design District side of the highway being finished, it will be an exciting post-game place to have fun and see live shows.”